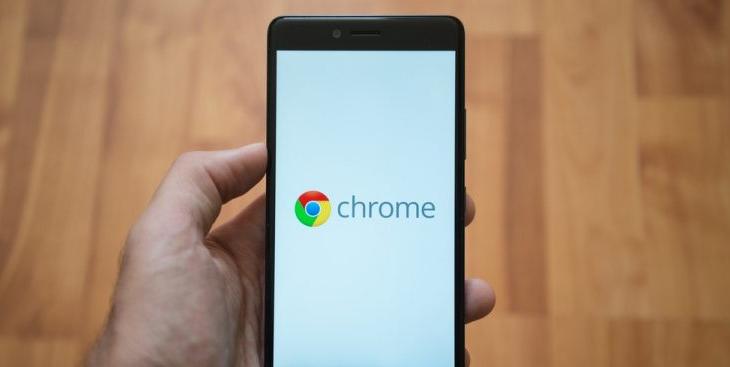 Google is known to debut updates for its mobile apps on major platforms at the same time. But, out of the blue, the search giant has released the next iteration of Chrome browser on Android ahead of other platforms such as Mac, Windows, and Linux. Chrome 63 has made an early debut on Google’s very own mobile operating system, bringing along several new features and improvements in tow. Here’s everything that is new in this update:

If you’re a regular Chrome user, you already know that Google changed the appearance of Chrome Home and shifted the address bar to the very bottom. This is a perfect move as it makes access to not only the address bar but also the bookmarks and suggested articles a lot easier. However, if you believe the new Chrome Home is not your cup of tea then you can now toggle the same by hitting the “three dots” at the bottom left. 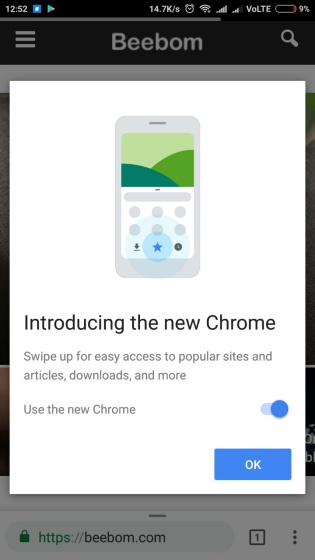 Google is adopting a new modal Permissions dialog that users will need to interact with to provide permissions to web apps. It was seen that permission banners that slide from the bottom were easily ignored by users and developers could be granted permissions without the user knowing the right context. 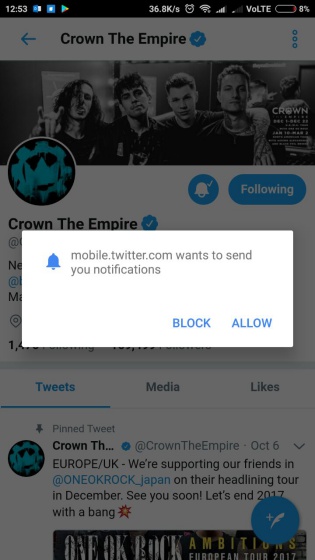 Thus, the search giant has now updated the permission dialog box to display as a pop-up rather than a banner at the bottom. This change has been made to cut down on undesired permission requests and prevent users from doling them out without any context. It’ll also push users to take action on the pop-up notifications rather than just ignore them.

Google has also given the experimental “Chrome Flags” page a facelift. You’ll no longer be shown a wrapped version of the desktop website but instead get access to a new material designed website. It now includes a new search feature, separate tabs for available or unavailable features and larger toggle buttons. 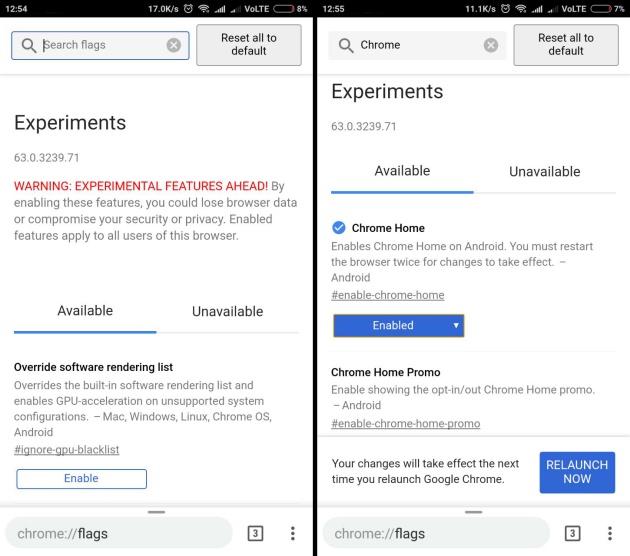 Though Google has released the Chrome 63 update today, it may not be available for you right away. The update will be made available on the Play Store in stages over the coming weeks. Do let us know what you think about these new features and if you’ve received the update in the comments section below.