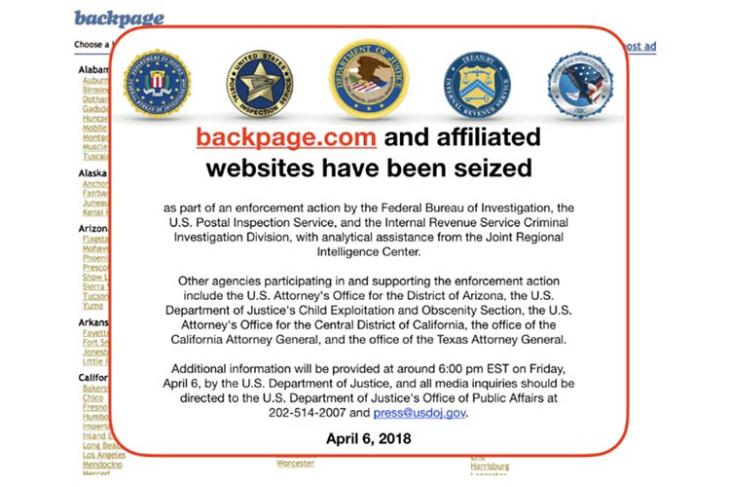 US law enforcement agencies recently shut down Backpage, a classified advertising website which predominantly focuses on sex advertisements. According to a recent report from Reuters, the website was shut down as part of an enforcement action by the Federal Bureau of Investigation (FBI).

The current homepage of the Backpage website now shows logos of US law enforcement agencies along with a statement that reads:

“backpage.com and affiliated websites have been seized as part on an enforcement action by the Federal Bureau of Investigation, the US Postal Inspection Service, and the Internal Revenue Service Criminal Investigation Division, with analytical assistance from the Joint Regional Intelligence Center.”

The report further adds that while groups and political leaders working to end forced prostitution and child exploitation celebrated the move, a few internet and free speech advocates warned that the shut down could lead to federal limits on expression and the press.

Backpage lets users create posts to sell items, seek a roommate, participate in forum discussions, list upcoming events or post job openings. But the site also hosts listings for adult escorts and other sexual services, with authorities claiming that advertisements related to those services have been extremely lucrative for the website’s business.