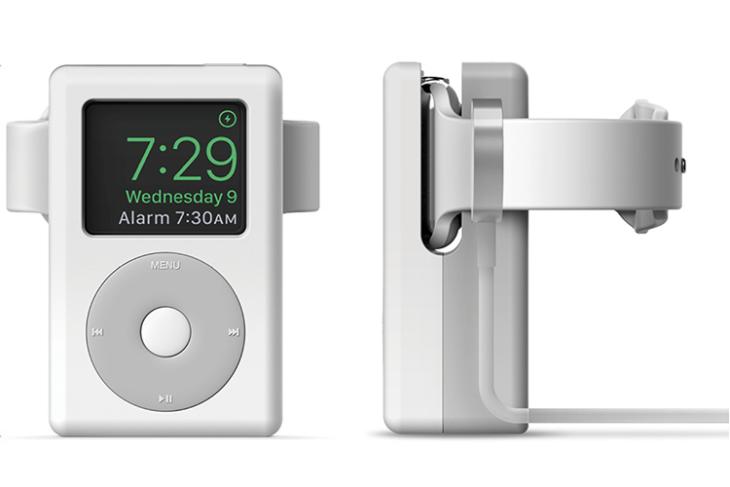 Look, the iPod Classic was one of the most amazing devices Apple has ever made. It was, true to its name, a classic. Unfortunately, Apple doesn’t make that iPod anymore, choosing instead to only make the iPod Touch.

Well, if you’re interested in having an iPod Classic in today’s day and age, you can have one now… kinda.

Elago, a company that makes accessories has released its new Apple Watch stand, called the Elago W6, and it basically makes your Apple Watch look like its an iPod Classic. It’s honestly pretty cool to look at, and even though the buttons don’t actually do anything, the stand charges your watch, and can also act like an alarm clock — both useful things. Also, the stand is compatible with Apple Watch Series 1 to 4, and will work with the watch’s “Nightstand” mode.

The Elago W6 comes in two color combinations — white with a grey touch-wheel, and black with red touch-wheel, and will set you back by $15 for either one. That, honestly, is not too big a price to pay for something that’s not only useful, but also looks pretty cool. Plus, we already know that this product won’t let you down, since Elago has done a similar thing before — it made an Apple Watch stand that makes your watch look like a tiny Macintosh computer — that was impressive too.