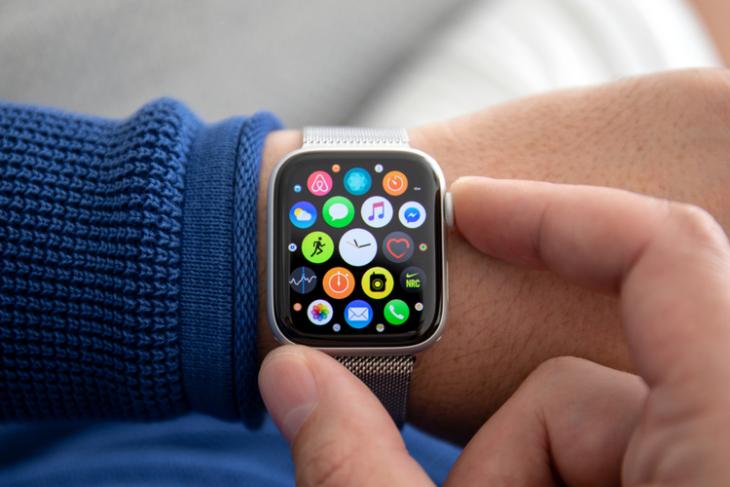 Continuing its lead over competitors like Samsung and Fitbit, Apple Watch maintained first position as its share in the global smartwatch market reached 48 per cent in the third quarter of this year from 45 per cent in the same quarter last year, according to a report by market research firm Strategy Analytics.

Global smartwatch shipments grew an impressive 42 per cent annually to reach 14 million units in the third quarter of 2019, said the report. “Apple shipped 6.8 million smartwatches worldwide in Q3 2019, rising an above-average 51 per cent from 4.5 million in Q3 2018”, Neil Mawston, Executive Director at Strategy Analytics, said in a statement. “Apple Watch continues to fend off strong competition from hungry rivals like Fitbit and Samsung. Apple Watch owns half the worldwide smartwatch market and remains the clear industry leader”, Mawston added.

Samsung held second place in the smartwatch market as its share jumped from 11 per cent to 13 per cent during the past year. The market share for Fitbit, which clung on to third position, fell to 11 per cent this quarter, down from 15 per cent a year ago.

Fitbit, which earlier this month entered into an agreement to be acquired by Google, shipped 1.6 million smartwatches worldwide in Q3 2019. “Fitbit continues to underperform the smartwatch industry average. Fitbit has struggled to compete with Apple Watch at the higher end of the smartwatch market, while its latest Versa Lite model has struggled to excite consumers at the lower end”, Mawston said.

“Fitbit’s recent takeover by Google will be a relief to the company, as Fitbit is under rising competitive pressure from Apple, Samsung, Garmin, Huawei, Xiaomi and others. The big question now on everyone’s lips is what Google plans to do with Fitbit, and whether Google will expand or contract Fitbit’s famous hardware, operating system, and healthcare, sport and fitness services”, Mawston added.