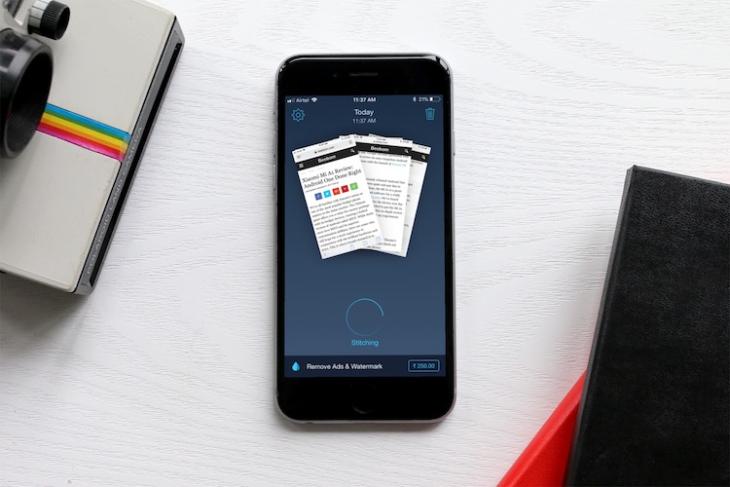 Well, that’s where “Tailor” (Free / $2.99) comes in for iPhone and iPad owners. It’s an app on the App Store which helps you create and send a long-screenshot. The app basically stitches multiple screenshots into a single long screenshot and lets you share it. While it’s not as convenient as using the native functionality on various Android devices, it still is a better option than using multiple screenshots.

How to Use Tailor to Take Long Screenshots on iPhone

Here are the steps to create long screenshots using Tailor:

2. Now, open the Tailor app. The app will automatically recognize, analyze, and stitch the most recent consecutive screenshots into one long screenshot. 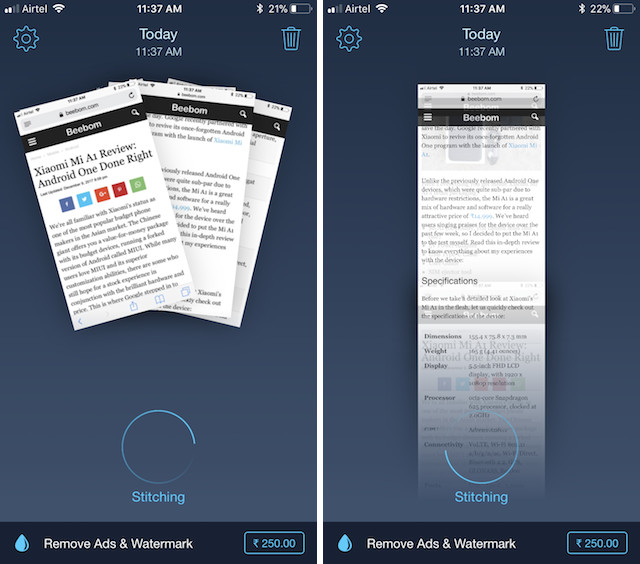 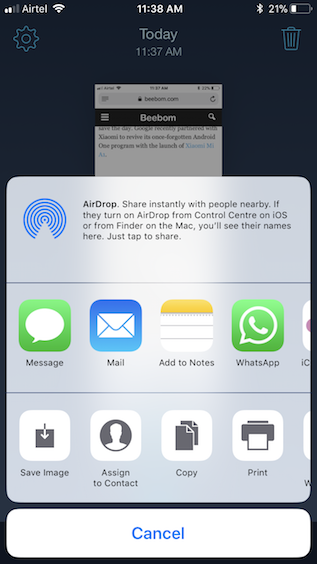 As you can see, it’s pretty easy to create and share a single long screenshot using Tailor. The only thing you need to remember is that while you are taking consecutive screenshots, the screenshots should have some part overlapping with each other and Tailor will take care of the rest. The app is free to download and use. There is an in-app purchase which removes the ads and watermark. If you want long screenshot functionality on your iPhone, you should definitely check this app out.