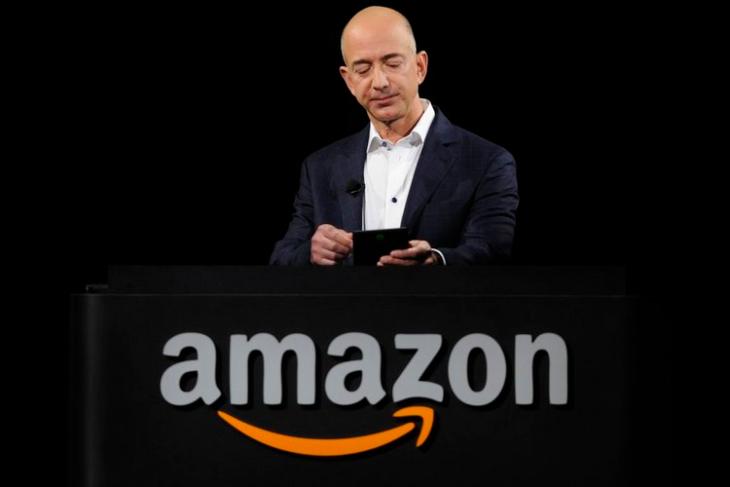 In a major announcement showing Amazon’s support for Indian MSMEs, CEO Jeff Bezos on Wednesday said that the company would invest $1 billion in digitizing small and medium businesses (SMBs) on its platform in the country. Speaking at the Amazon ‘Smbhav’ event in New Delhi, he also said that Amazon would support SMBs to export their products. Bezos announced that the e-commerce major, through its global footprint, will help SMBs export products worth $10 billion by 2025.

“We’re committed to being a long-term partner of India. And actions speak louder than words”, said Bezos. “Over the next five years, Amazon will invest an incremental $1 billion to digitise micro and small businesses in cities, towns, and villages across India, helping them reach more customers than ever before. This initiative will use Amazon’s global footprint to create $10 billion in India exports by 2025”.

In a major announcement showing #Amazon's support for #Indian #MSMEs, CEO #JeffBezos on Wednesday said that the company would invest $1 billion in digitising small and medium businesses (#SMBs) on its platform in the country.

Under the initiative, Amazon would establish ‘Digital Haats’ in 100 cities, villages, and communities to help businesses integrate into the digital economy. Digital Haats would be in local neighborhoods and available to MSMEs irrespective of their association with Amazon, a company statement said. “We are going to use our global footprint to export 10 billion dollars of Make-in-India goods by 2025”, he said. Bezos said that the rationale behind the support is that the business with SMBs in the country is doing well. “Because its working, and when its working, you should double down on it”.

On the prospects of the Indian market and entrepreneurs, Bezos on Wednesday said that the 21st century will be the century of India. “I predict that 21st century is going to be the Indian century”, he said adding that apart from the dynamism it has India is a democracy which is a major characteristic of the country. He also observed that in terms of alliances, the 21st century would be about bilateral relations between the US and India.

The Amazon CEO’s India visit comes at a crucial time as the Competition Commission of India (CCI) on Monday ordered an enquiry into the business practices of e-commerce majors Amazon and Flipkart. Also, traders are staging protests across several cities, under the aegis of Confederation of All India Traders (CAIT) protesting against the visit. CAIT has been protesting for the past few months against what it calls “deep” discounts offered by the platforms.