RGB is at the heart of everything gaming these days. There’s no such thing as “Too Much RGB”, which is why even hardware manufacturers have started sticking blinking lights in just about everything lately. The Acer Predator RGB Mousepad is a perfect example of that. It’s priced at $59.99 and comes with, well, RGB. It’s right in the name.

The mousepad will not hit India till later this year, or perhaps early next year, but we had a chance to play around with it just after IFA 2018.

When the Acer Predator RGB Mousepad showed up on my desk for review, the only question that I had on my mind was – Do I really need RGB lighting on my mousepad? Well, that’s exactly what I will try to answer by the end of this review.

Right off the box, the first thing you’ll notice about the mousepad, other than the RGB lighting, is the top surface. It has a Polypropylene surface, which definitely feels a bit different than an ordinary mouse mat. It has a low-friction finish, and you won’t feel at home if you are coming from a soft-touch surface. It honestly makes me feel as if I am using my mouse on a standard desk, but I personally had no issues getting used to it.

As you can see, the edge of the mat has RGB LEDs that can be controlled through the two physical buttons on top. You can either turn it completely off or adjust the brightness with the left button or change profile with the right button. There’s also a Predator logo on top that nicely compliments the pattern on the mousepad. Oh, the logo is RGB-lit too, because why not?

Unlike some other mousepads like the SteelSeries QcK Prism RGB Mousepad (Rs. 4,000), which has a second textured surface, the Predator RGB mousepad simply has a silicone base. The full-silicone coating on the back is great for smooth desks. During my usage, the mousepad did not move one bit, which is how I like it.

Overall, I’d say the Acer Predator RGB Mousepad looks and feels good. I was able to use it in my office without it being obnoxiously flashy, and I had a great time using it while grinding on Fortnite for a Victory Royale!

But that’s not to say that Predator RGB Mousepad has a flawless design. There are a few hardware issues that I’d like to point out before talking about the RGB lighting.

Since the mousepad has RGB LEDs that need to be plugged in, I am losing a precious USB port on my laptop/PC. Acer could have saved me from this nightmare by simply adding a passthrough USB port on the mousepad, just like Corsair did on its MM800 RGB Polaris Gaming Mousepad (Rs. 5,153), but I guess we can’t have all the nice things.

Also, if you are coming from a huge mousepad or a desk mat, you may find the Predator RGB mousepad a little too small. Yes, the small size is not going to bother those with a limited desk space, but it would have been nice to multiple size options like Razer’s Goliathus Chroma mat ($59).

As I mentioned earlier in this review, the Predator RGB mousepad has an RGB strip that runs along the perimeter of the mousepad. By default, the mousepad lights up in the teal color, but you can decorate this thing as per your needs. After all, the RGB strip is capable of producing millions of different colors. 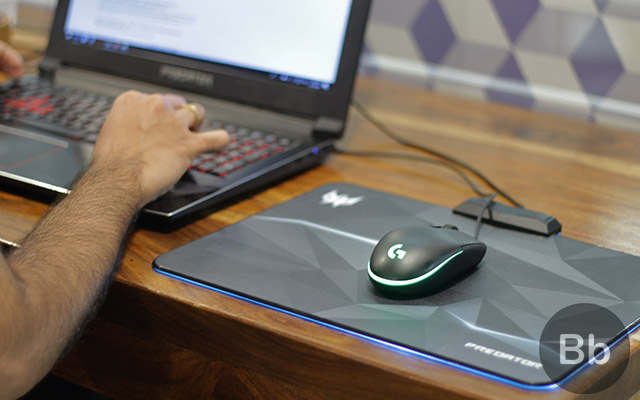 You can play around the lighting with the help of a companion app. Just like any other RGB-enabled peripheral, you get a lot of different transitions and effects like breathing, marquee, blink, etc. I have set my mouse and keyboard to show a breathing effect, so I went with the same.

It is worth pointing out that the lights are nice and bright, and the transitions are smooth and easy on the eyes as well. I feel like mousepad can do wonders if you don’t have a lot to show off on your desk.

One of the things that I really like about the mouse is its companion Windows app called Predator Gaming Device Integration. Well, don’t judge the software by its name, because it is a really neat solution. If you have other Acer Predator gaming accessories like the mouse, keyboard, etc., then you can manage all of them with the same software. 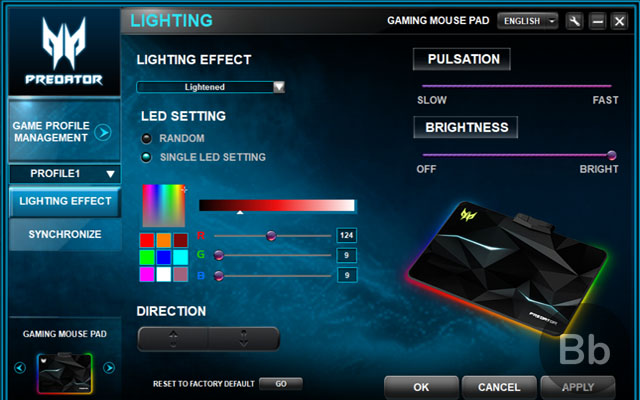 The software itself offers an extensive set of options to customize the mousepad. Besides the lighting effect, you can also create different game profiles and manage all of them from here. The profile management feature comes handy when you want to set different lighting effect for different games. 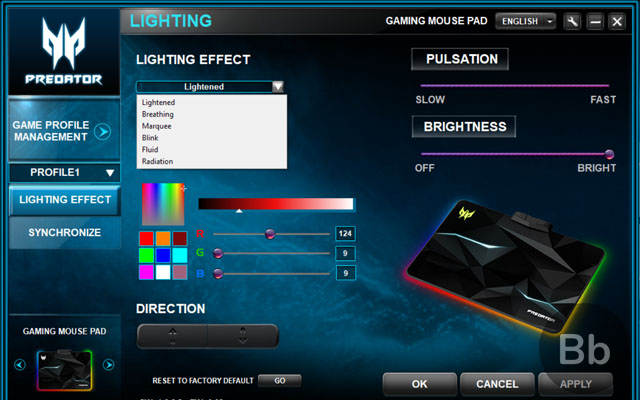 Overall, I’d say that the Acer Predator RGB Mousepad is one of the best mousepads that I’ve moused on. Honestly, the lighting turned out to be much better and more satisfying than I had expected, and it did a good job of showing of my favorite colors and effects.

However, it is worth pointing out that it is not available in India yet. Acer says it will arrive sometime later this year, but we don’t have an ETA, nor a domestic price. We were also informed by the company that a version with Qi wireless charging is in the works, to wirelessly charge up your devices and wireless mouse.

In the meantime, you can also check out Corsair’s RGB Polaris Gaming Mousepad (Rs. 5,149). Not only does it come with a similar price tag, but it also sports a USB port, which is a lifesaver when you are running out of ports on your machine. Either way, you’ll be happy with your purchase. But before I wrap this up, let me answer this question – Is an RGB mousepad really worth buying?

Well, if you have a really cool RGB-equipped gaming rig, then I’d say it doesn’t hurt to add a bit more color to your setup. Having used one for the last couple of weeks, I can confidently say that while you don’t necessarily need an RGB mousepad, but it is hard to go back to a regular surface once you have used it. However, if you don’t have a cool gaming rig to pair the RGB colors, then I’d suggest you save that money and go for a performance upgrade over aesthetics.