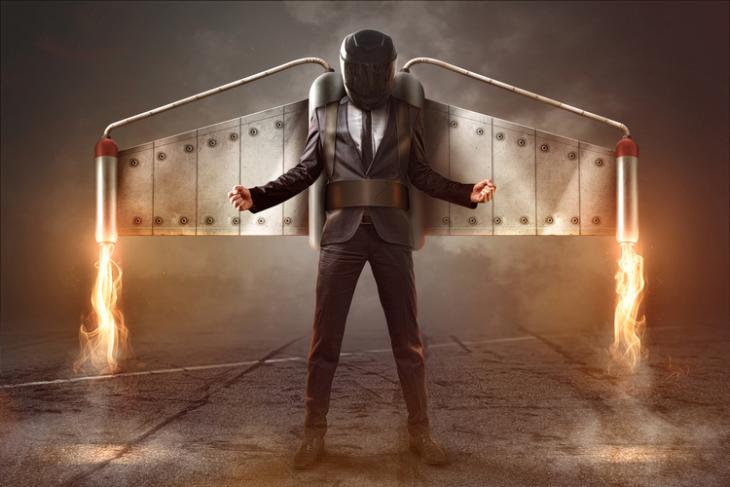 The dream of flying around the skies with a jetpack on the back might become a norm in the near future. However, as of now, a jetpack is not a common thing that you can get from regular shops. Nonetheless, it did not stop someone from the States to use a jetpack and fly alongside an airplane.

According to recent reports, the incident happened near Los Angeles (LAX) Airport. The ground control of the airport was faced with this unusual situation when two separate pilots reported that there is someone with a jetpack flying alongside the passenger planes near the airport area.

The suited-up flier passed several airplanes near the LAX airport and was flying at the same level as the commercial planes.

It was an air-traffic controller who took the report from the pilots and started warning other pilots to remain aware of “a person with a jetpack”. And interestingly, following a warning for a JetBlue pilot to avoid the flying human, the air-traffic controller quipped the phrase: “Only in LA”. And if you are a Lucifer fan, you know that he would have been happy to see a flying human in his “city of angels”.

As of now, neither the airport authorities nor anyone near the area could identify the flier. However, when or if the law-enforcers successfully catch the brains behind this drama, he/she might end up in prison for a very long time.

Moreover, we have seen how unauthorized objects flying around the airport skies can raise a major problem. So, for the safety of others and the pilot, most of these jetpack testing happens over a water body.

The airport authority has reportedly confirmed that they are investigating the incident with their in-house technologies.