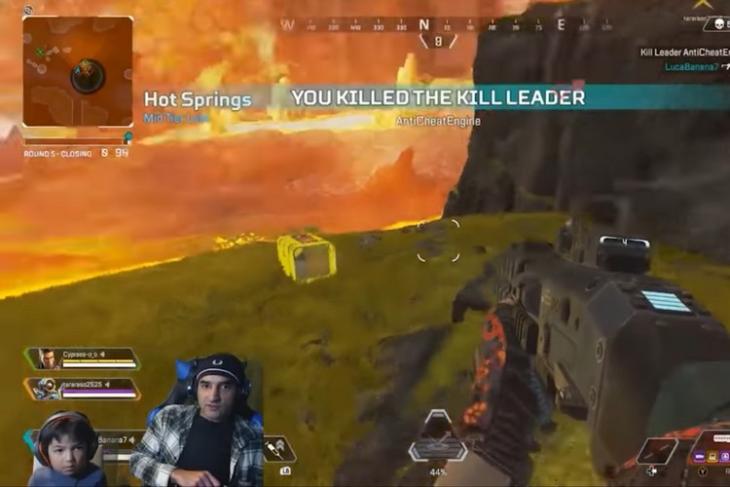 Apex Legends has been one of the most popular Battle Royale games since it launched last year. Unlike some other BR games, it is also one of the most difficult games to play. I mean, I can hardly win a match at this game, as it is so fast and full of action all the time. However, a 6-year-old going by the name Luca plays this game like a boss. With his skills, he might become a really great Apex Legends player in the future.

Luca’s father, who also plays the game, reached out to one Apex Legends streamer named “Rag_Tagg” on Twitter and sent him a video of Luca playing a good ol’ game of Apex Legends. The streamer was surprised to see the 6-year-old play the game so well and so he shared the video on his YouTube channel.

In the video (below), Luca is sitting beside his dad with headphones on and a controller in hand. The cute guy chose Octane as his Legend. Its because he is fast to get out of the storm and Luca loves Octane’s jump-pad. Octane is also my favourite legend in the game as I love his “butterfly knife“.

Now, Luca seems to know every aspect of the game and also knows which guns to use for maximum damage. His favourites are the Peacekeeper and the R99, which is one of the most effective close-range loadouts in Apex Legends.

In most of the fights, Luca’s team came out victorious as Luca shot some of the best shots I have seen in the game. The kid surely knows what he is doing. He also showed some great skills with the PK and the R99.

According to his father, Luca started playing Apex since last year and now he has become a real pro. With 5 kills and almost 1400 damage, Luca got his win at the end of the game.