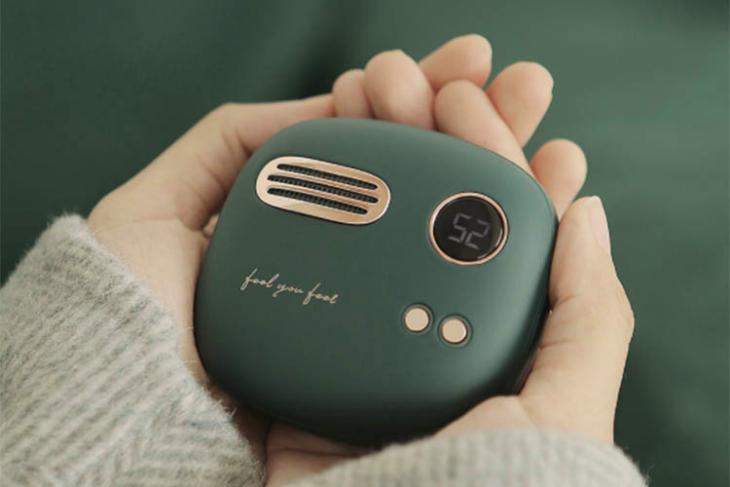 If smartphones are the only thing that come to your mind when you think about Xiaomi, think again. The company launches a bunch of really cool, and often cute-looking, products such as this new power bank that the company has launched today.

The new ‘Xiaomi Hand Warmer and Power Bank’ comes in an adorable-looking design that’s made to fit right in your hand, and it features a built-in hand warmer that can reportedly get as warm as 52-degrees, which is great for the winter.

The power bank itself is a meager 5,000mAh battery pack, so it’s not really meant to be your primary source of backup power (the company makes a ton of other power banks for that), but it’s great for an emergency charge, or as a multi-tasking tool that can warm your hands while charging your phone.

Xiaomi says that the device is built using multi-material composite technology and fire-resistant ABS, and it also has built-in overcharge protection and automatic power-off.

The power bank has two buttons up front, along with a tiny display. Pressing the left button displays the remaining charge on the display, while pressing the right button for around 3 seconds activates the hand warmer feature of the power bank and also displays the current temperature on the screen.

It’s overall a very nifty device, and to be completely honest with you, even though I don’t really need this power bank (I already have two power banks from Xiaomi), I’m really interested in buying this simply because it looks so good, and it’s available in three colours — Green, Pink, and Red — for CNY138 (~Rs.1,400).