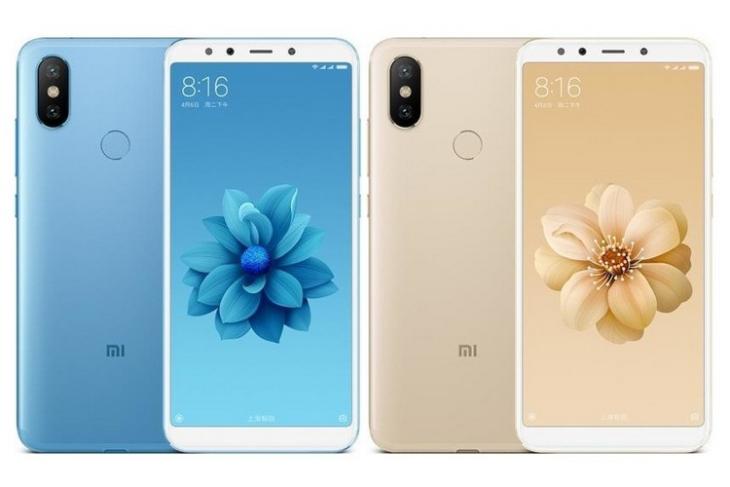 Xiaomi is expected to soon launch its second-gen Android One smartphone, the Mi A2, as a successor to last year’s Mi A1. A series of leaks over the past few weeks suggest that in terms of hardware, the A2 will have the same internals as the Mi 6X, which was launched in China earlier this year.

The main difference, however, will be in the software, with the 6X running MIUI 10 instead of Android One. Now, the device has been listed on Swiss e-commerce portal, Digitech, revealing most of its key specifications.

As can be seen on the Mi A2’s listing page on Digitech, the device will feature a 5.99-inch full-HD+ (1080×2160 pixels) display, and will thankfully shun the notch in favor of a symmetrical design. It will be powered by the Qualcomm Snapdragon 660, and come with 4GB of RAM and 32GB/64GB/128GB storage options. In terms of optics, the Mi A2 will sport a vertically stacked dual rear camera setup (12MP+20MP) and a single 20MP front camera for selfies and video chats.

The listing also reveals that the device will have a 3,010mAh battery with support for Quick Charge 3.0, just like the Mi 6X. Connectivity options on the device include 4G LTE, Wi-Fi 802.11ac, Bluetooth v5.0 and USB Type-C. The Android version isn’t explicitly mentioned, but the device is expected to launch with Android Oreo.

There’s still some confusion about the future of Android One in Xiaomi phones, as the company has told us it will launch Android One device, but did not acknowledge the name Mi A2, which leads us to believe it might not be called A2 after all.