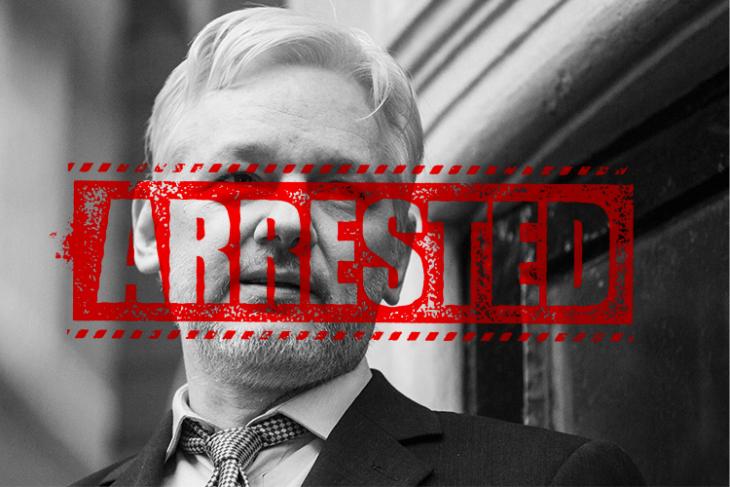 Wikileaks co-founder Julian Assange has been arrested at the Ecuadorian embassy in London. Confirming the arrest, the London Metropolitan Police said the the arrest was carried out on the basis of a 7-year-old outstanding warrant, issued by Westminster Magistrates’ Court on 29 June 2012, for failing to surrender to the court. The arrest comes a day after Wikileaks revealed that a spying operation has been going on against Assange at the Ecuadorean embassy.

Assange was arrested following the Ecuadorian government’s withdrawal of asylum, and was taken into custody at a central London police station where he will remain, before being presented before Westminster Magistrates’ Court. According to the London Metropolitan Police, Assange will appear at Westminster Magistrates’ Court as soon as is possible.

Wikileaks, however, is protesting Assange’s innocence, and has claimed that Ecuador had acted illegally in terminating Mr Assange’s political asylum ‘in violation of international law’. Assange had been hauled up at the Ecuadorean embassy in London since 2012 to avoid extradition to Sweden on a rape charge that has since been dropped.

This man is a son, a father, a brother. He has won dozens of journalism awards. He's been nominated for the Nobel Peace Prize every year since 2010. Powerful actors, including CIA, are engaged in a sophisticated effort to dehumanise, delegitimize and imprison him. #ProtectJulian pic.twitter.com/dVBf1EcMa5