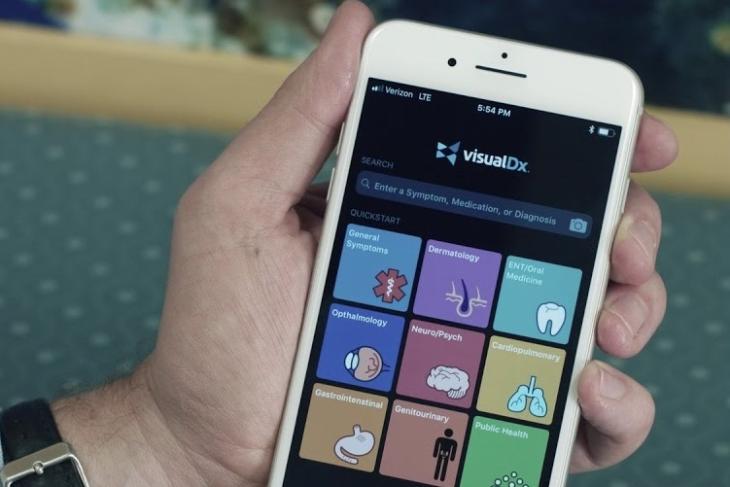 Speaking at Apple’s latest earnings call at the company’s corporate headquarters in Cupertino, California, Apple CEO Tim Cook mentioned an interesting medical diagnostics app that claims to use machine learning to automatically identify skin conditions. According to Tim Cook, the app “is even pioneering new health diagnostics with Core ML”. Called VisualDx Derm Expert, the app requires users to click a picture of their skin condition, upon which, the software will either diagnose the ailment straight away, or failing which, suggest a number of possible scenarios which could have let to those symptoms. Unlike other similar apps, though, VisualDx is aimed more at physicians than mainstream users, although the consumer version of the app, to be called Aysa, is apparently in the works and, will launch sooner than later.

VisualDx is one of many companies developing clinical support apps that the developers claim makes the job of doctors easier. Available on Apple’s App Store as a free download, the app is only compatible with iOS 11 and, requires users to pay between $100 to $400 for 1-year subscriptions to its services that include image-supported diagnosis based on user-uploaded images. The app utilizes Apple’s Core ML technology “to get personalized skin answers in seconds”. The app also claims to be “Trusted by over 1,700 hospitals and institutions and 50% of U.S. medical schools”.

Smartphones were originally used as productivity devices before Apple democratized it with its first-ever iPhone that was released ten years ago. While the devices have since become all-pervasive, being used by everybody from little kids to their great-grandparents, their increased uptake among consumers hasn’t really diminished any of their abilities to aid productivity. If anything, today’s ultra-powerful smartphones are more capable than ever before, offering features that would have been unthinkable even a few years ago. While the devices are now used for productivity purposes across a large number of sectors, the one area that has, unexpectedly, seen increased reliance on mobile technology is clinical diagnostics, and this app is just the perfect case in point.