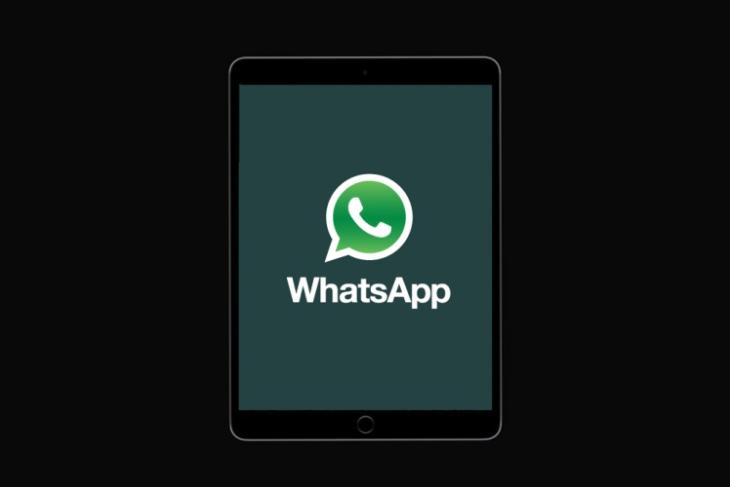 Over the past few weeks, WhatsApp has been adding a plethora of new features to further popularize the most popular instant messenger. Now, according to a new report, WhatsApp will soon bring a client to iPad.

As of now, WhatsApp is limited to Android, iPhone and Windows Mobile smartphones and if WhatsApp arrives on iPads, it’ll be the first time that the Facebook-owned instant messenger is available on tablets.

According to the latest tweet sent out by well-known WhatsApp leakster WABetaInfo, the Facebook-owned messaging giant is prepping to soon release its uber-popular chat client on Apple’s iPad tablets. This may hit you as a surprise but WABetaInfo has also provided believable proof of the existence of the app.

In the tweet attached below, WABetaInfo has referenced icons designed for Apple’s iOS-based tablet devices. The iPad icons have been found hidden within the recently updated web, as well as desktop clients of WhatsApp.

New references about the WhatsApp for iPad app found in WhatsApp Desktop 0.2.6968 recent update.
It's sooo obvious, as you can see in the screenshot. pic.twitter.com/Nc07nEzxnN

While all this info looks plausible enough, we’re completely unaware of the nature of this WhatsApp iPad client. WABetaInfo has no leads on the functioning of the app, so it can either behave as the WhatsApp desktop app (which is a wrapped web application) or work independently as a standalone app.

Depending on the functionality WhatsApp adopts for its iPad app, the scenarios will also be different. In the former situation, both your smartphone and iPad would require a constant Internet connection to tether messages whereas the latter will use the mobile number you are using with the iPad itself. The web-wrapped app will be worthless as there are already some third-party apps that provide the same functionality. There is currently no word on the release timeline of the iPad app but it could be really very soon.