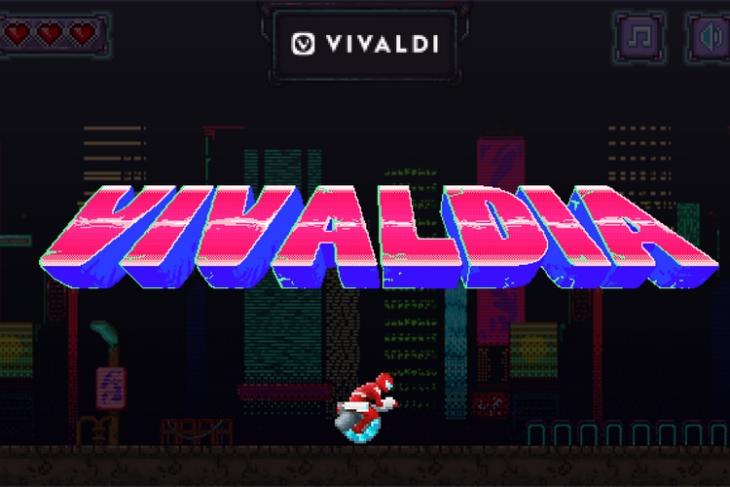 Vivaldia is a new arcade-style game inspired by the Future Noir and CyberPunk genres and is built into the Vivaldi browser. Much like Chrome’s dino game, Vivaldia is an endless runner. Users can access the game from vivaldi://game and it is also available on Android. Check out the gameplay right here:

With Vivaldi 3.4, you can configure the context menu of the browser. This way, you can rearrange, add, or remove the actions based on your usage preferences. For instance, Vivaldi says you can place the ‘open in new background tab’ option at the top of the Bookmark bar context menu. The feature also supports renaming menu items with emojis and custom entries.

Periodic Tab Reload is a feature that will come in handy, especially during flash sales of products where keeping the page updated will give you an edge over other potential customers.

As the name suggests, the feature will automatically refresh the page when you switch to a tab. You have the option to set how often the page should reload. You can enable the feature by right-clicking on a tab, followed by choosing the periodic reload option. The countdown until the next reload will appear below the page’s title.

Vivaldi is also updating its Android app. The key change with the update is in terms of the layout of the Speed dial. The tabs in Speed dial now show favicons of the page along with the title. You can also choose to view a large speed dial, a smaller one, or a list view. The preferred layout can be changed from Settings -> Start page.

As mentioned earlier, you can now play the new Vivaldia game on Android too. Take a look at its controls below:

Vivaldi 3.4 is now rolling out on both desktop (across Windows, macOS, and Linux) and Android. You can download the latest version of the browser from the links given below.