A few years back, a cell phone was just an expensive device, which you would carry around to make or receive calls. But now, with the advent of mobile technology, it’s like a small computer in your pockets. The processing power in smartphones today is more than what we had in our home PCs at the time of Windows Vista and even Windows 7. But still, most of us use it to do a single task at a time when they can be used as a powerhouse to do so much more.

Even Google has now realized how much of this processing power is going to waste, when the user is working on a single app at a given time and that’s the reason it has included the Multi-Window feature in Android N. This feature allows a user to run and work with multiple apps at the same time in split-screen mode. However, it might take almost a year before the majority of the devices even get the Android N update and thus, we are going to take you through some apps that can help you multitask better on your Android device. These apps help you switch between apps easily and work on them at the same time and even help you launch apps more effectively.

So let’s take a look at the 5 apps you can install on your Android device to easily work on more than one app at a time.

Pie Control is a standalone app which is inspired by the”pie control” that used to come in default Android browsers at the time of KitKat (and previous versions of Android). The Pie Controls are gestures that a user can perform on either of the edges of the screen and get shortcut access to Android Settings and apps that you have installed on your device. After you have enabled the settings, it will ask you for the screen edges for Pie Controls that you wish to enable. 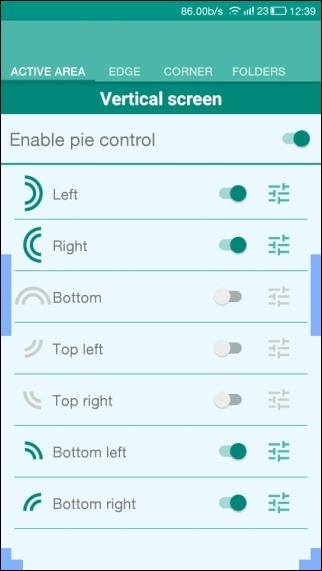 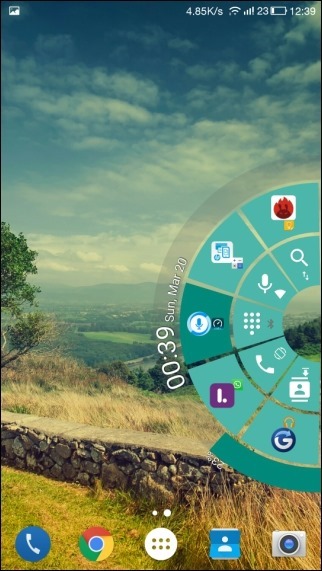 For each region at the edge, as shown in the screenshot above, you can configure as many as two apps & settings, and can be selected based upon the long and short selection. The apps and settings can be configured easily and you also get the on-screen buttons for home, back, and recent apps. Custom folders for apps and tools can also be created but that would be too much of a hassle. What I would suggest is, you keep the apps you use in Pie Control to multitask better and save time.

This app is for users who are addicted to Facebook and Twitter and have to open a lot of external weblinks while reading news stories. A lot of time is consumed in switching between the apps, as each time you have to open the browser and navigate back to the previous app again, to continue going through the updates. Flynx gives you floating browser that you can access over other apps, much like the floating chat heads of Facebook Messenger. 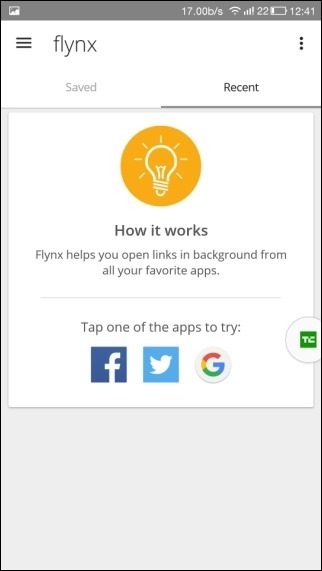 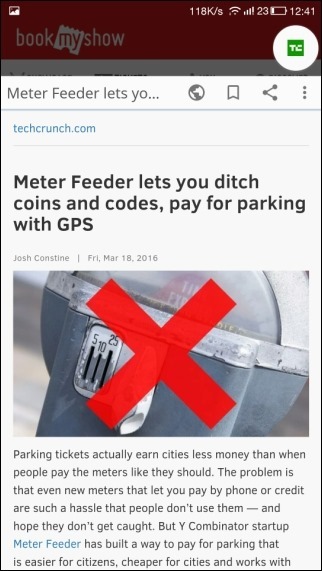 You just have to make Flynx the default browser app and then whenever you tap on a link, it will open in the floating browser in the background and you won’t have to leave the app you were working on. You will be notified when the page loads and then you can go ahead, read it and then tap on the link bubble to return to the base app. It’s as simple as that. The app really saves a lot of time and effort while opening external links.

SwipePad is like a speed dial but instead of contacts, it is for apps. You provide it with your most used apps in a grid and you will get a launcher that you can invoke anytime and launch your favorite apps. The best part is, there is not even a single tap required in the process. Just swipe your finger from the desired edge and the app pad will show up. Now, all you need to do is select the app you wish to launch and release your finger. 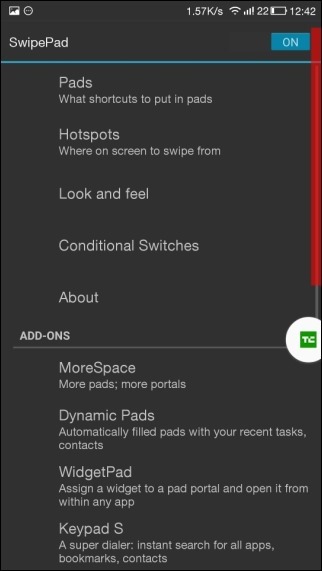 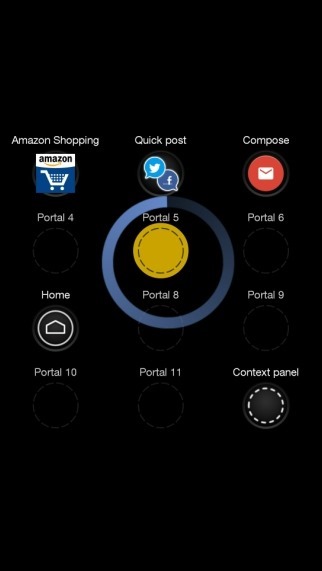 A pad can hold a mix of apps, shortcuts, bookmarks, contacts etc. With the widgetpad add-on, it can even launch a widget from anywhere. So, to maximize the productivity of the app, make sure you add apps, settings and a few contacts which you use on a regular basis.

DIESEL is yet another app launcher but this one uses the notification tray to stay. It keeps track of the app that you use the most on your device and keeps them in the tray, so that you can launch it from any screen. 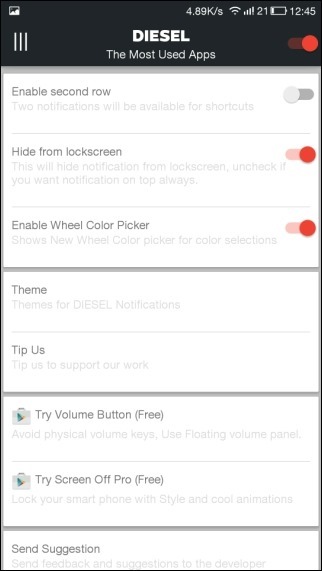 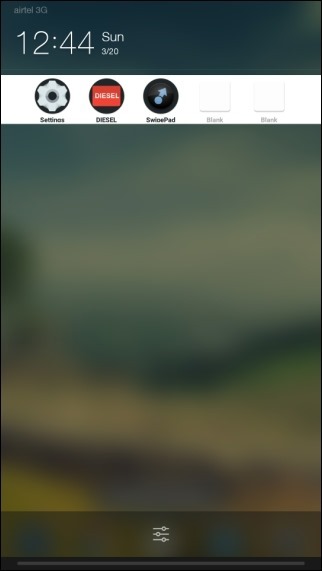 The app is friendly for users who love customization and even lets you apply icon packs to give it a different look. The app is free to use, without any ads and is highly recommended by XDA experts. You can also pin favorite apps and shortcuts like Bookmarks, Direct Dial, Gmail folders and much more.

Last but not the least, Navigation Layer can give you easy access to recent apps along with the option to easily switch to the last app you were working on by just using a gesture on the screen. You will have to activate Navigation Layer as device administrator to gain control of on-screen gestures. Once that’s done, you can launch up to 15 different commands, which are fully customizable. 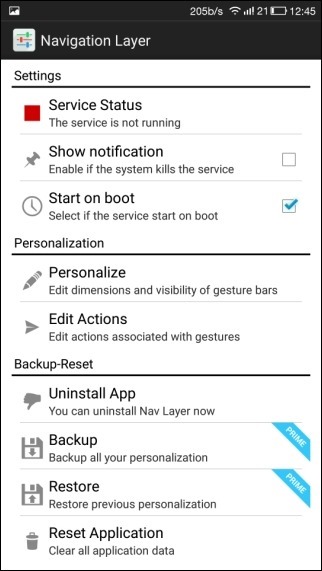 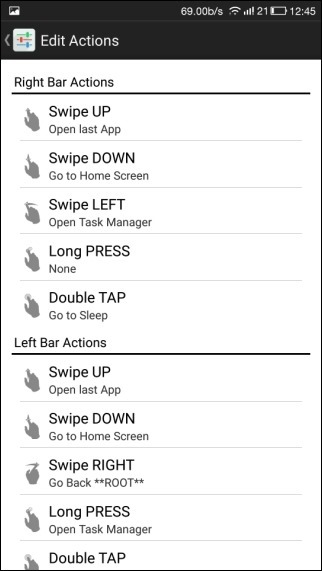 Navigation Layer allows a user to enable three bands on the edges of the screen (right edge, left edge and bottom edge). These areas are sensitive to your gestures and allow you to launch different customizable actions from any app or game you have opened, such as “open latest app closed”, or maybe “open your favorite app”. The app has a lot of potential and you can do so much more with it.

If you have root access and Xposed installed on your phone, you can use the multi-window module to work on two applications at the same time. The feature is available in many ROMs from LG and Samsung by default and is very useful for everyone.

These five apps will help you ease the pressure while multitasking on your Android phone and if you think we have missed out on any awesome app worth mentioning, please let us know in the comments section. However, if you don’t find these apps good enough, all you need to do is wait for the update to hit your devices.