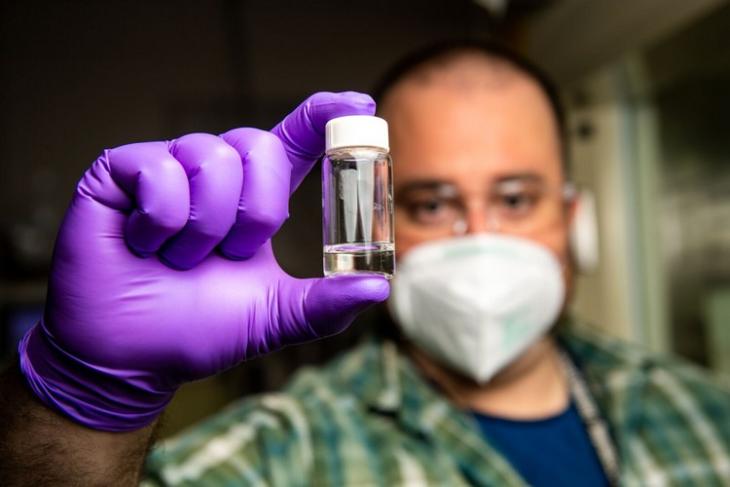 Biofuel researchers at the Department of Energy’s Pacific Northwest National Laboratory (PNNL) have developed a new system that takes diluted carbon waste and turns them into valuable compounds. This system is superior to current methods of converting renewable carbon sources into fuels and produces usable hydrogen as a by-product. Check out the details below.

Researchers Find a Way to Convert Waste into Fuel

The PNNL researchers recently published their patent-pending system and reveal that with the patent-pending system, waste carbon from sewage, farms, and other sources can be processed into high-grade biofuels while generating usable hydrogen in the process. According to the lead researcher and PNNL chemical engineer Juan Lopez-Ruiz, this system could solve “several problems that have plagued efforts to make biomass an economically viable source of renewable energy.”

“We know how to turn biomass into fuel. But we still struggle to make the process energy-efficient, economical, and environmentally sustainable—especially for small, distributed scales. This system runs on electricity, which can come from renewable sources. And it generates its own heat and fuel to keep it running. It has the potential to complete the energy recovery cycle,” Lopez-Ruiz said in a statement.

Now, coming to the working of the system, unrefined bio-crude and wastewater can be fed into it via an HTL (hydrothermal liquefaction) output. There is a flow cell, which is divided in half by a membrane, where the wastewater and bio-crude flow through a charged environment created by an electric current.

The positively charged half of the cell called the anode consists of a thin titanium foil coated with nano-particles of ruthenium oxide. This causes the waste stream to go through a catalytic change, converting it into useful oils and paraffin. While the process continues, the water-soluble contaminants go through a chemical conversion and turn into natural oxygen and nitrogen gasses.

In the negatively-charged half of the cell called the cathode, there is a different scenario. Here, it can either hydrogenate organic molecules or generate hydrogen gas, which itself is a potential source of fuel.

“We see the hydrogen byproduct generated by the process as a net plus. When collected and fed into the system as a fuel, it could keep the system running with fewer energy inputs, potentially making it more economical and carbon-neutral than current biomass conversion operations,” Lopez-Ruiz further added.

The research team says they have tested the new system in their labs, using sample wastewater from an industrial-scale biomass conversion process, for over 200 hours of continuous operation. Although the system worked fine, the only limitation was that the team ran out of sample waste water.

As of now, the Clean Sustainable Electrochemical Treatment technology – aka the CleanSET technology, is available for licensing by third-party companies or government organizations that aim to use it in municipal wastewater treatment plans, dairy farms, chemical manufacturers, and other such industries. You can check out the official blog post to learn more about the new CleanSET technology.