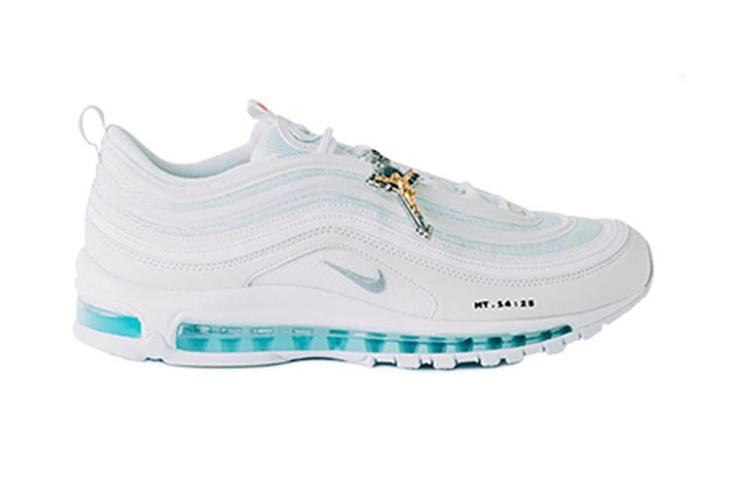 A limited-edition sneaker filled with holy water from the Jordan River in the soles and blessed by a priest sold out within minutes after its debut. The shoes cost $3,000 per pair.

The shoes also have features like the Bible verse Matthew 14:25, the passage describing Jesus walking on water along with a single blood drop to represent the blood of Christ.

“We thought of that Arizona Iced Tea and Adidas collab, where they were selling shoes that (advertised) a beverage company that sells iced tea at bodegas,” Fox News quoted Daniel Greenberg, head of commerce at MSCHF, as telling the New York Post.

“So we wanted to make a statement about how absurd collab culture has gotten,” he added.

Greenberg experimented with less than two dozen such pairs which were made with no plans to create more.

As per the report, Gabriel Whaley, founder of the brand, hinted that there might be a “second coming” in the future.