Skip to content
Home Tech Gadgets The Nexus 6 Necromancy: To Buy Or Not To Buy

The new generation Nexus phone is here and it is, as always, nothing like the old one. The new Nexus 6 has been engineered by Google’s erstwhile companion, Motorola and it definitely shares is values with Motorola’s own flagship – the Moto X.  But, unlike the Moto X, the Nexus 6 has been priced out of a mid-range consumer range. The Nexus 6 has instead, debuted with premium price tag of 44K! This is aeons away from the Nexus 5, which came in at around 25K. This sudden and unexpected shift in the Nexus strategy has definitely taken us all by surprise and no kidding – nexus has gone premium. 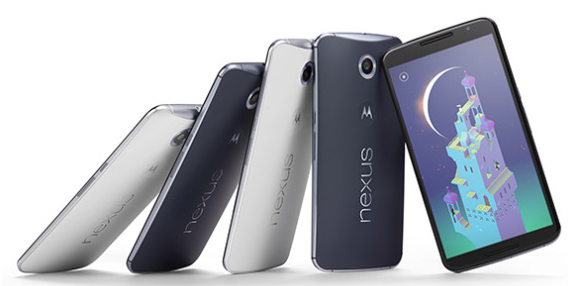 But, pricing is not the only change in product philosophy – the Nexus range has grown in size and its present offering comes encased in a gargantuan 6-inch frame, which is slowly becoming the industry norm, but is hard for some to digest.

Google has definitely disappointed people who confessed love for the Nexus 5 and were awaiting on the Nexus 6. In an effort to join the premium market, there is no doubt that Google has left the mid-range consumer slightly disillusioned with the Nexus range.

The Nexus consumer base, known for its loyalty, has been left in the lurch, since it comprised mostly of mid-range consumers. People have already started ranting about the same.

Although, we do not blame Google for swaying to market trend, but, this kind of risk-taking has far reaching consequences, even for Google.  On the other hand, with the Google deity signing off on it, a 6-inch display has now been christened a mainstream display and you might see, in the immediate future, all companies, without exception, trying to create stylish 6-inchers. This addition of real estate might also make the average prices drive up

As you can see, there are definitely some positives with the Nexus 6 – namely a Snapdragon 805 chipset that can perform anything your throw at it and a 2K display, but most importantly it comes with stock Android Lollipop, which will infuse all the Android fanboys and developers alike with a new sense of enthusiasm.

In moving to premium market, Google moves on from consumers who were more than satisfied with stock Android and just up-to-the-mark hardware, to some performance-hungry people who will stop at nothing and become the harshest critics of the Nexus 6 if it falters even a tiny bit. These people are ready to spend the moolah but want nothing less than a perfect experience.

Well, but, how will it stand against other big phones? Let’s check out.

A major chink in the armor is the Moto X.

With the Moto X giving the kind of performance it does and creating its own, similar, mid-range magic, it is bound to eat into the already declining mid-range consumer base for the Nexus.It offers some good specs such as a 2.5GHz Snapdragon 801 processor, a 5.2-inch full HD display and 2 GB RAM and the promise of an Android Lollipop update ASAP.

Whosoever, wants to have the Nexus feel without spending the Moolah, will definitely consider the Moto X. The stringent point being that the Moto X has the same camera as the Nexus 6, which tips the scales in its favour Both phones try to push the envelope on the specs, but it is the Moto X comes out better and well, more paisa vasool.

Google is definitely pitching the Nexus 6 against its arch rival – Apple, which was the first one to take the world by surprise, when it came out with a 4.7-inch iPhone 6 and a 6-inch iPhone 6 Plus. The new iPhones too, have full metal bodies and 64-Bit architecture in tow, along with fitness related features.

But, where the iPhone will give the biggest shove to the Nexus 6 is in the premium market, since, despite entering this market, there is no way consumer will not think twice about investing a little more and going for an iPhone, despite what the Nexus 6 offers.

Samsung has got its own horse in race to conquer the premium market – The Samsung Galaxy Note 4 offers a 5.7-inch 2K display, a 2.5-GHz Snapdragon processor and an unimaginable but true, 4 GB RAM. It comes in at Rs. 58,300, even ahead of the Apple iPhone. Clearly, Samsung thinks that being Samsung, it needs to be ahead of the rest, whether it is specs or pricing.

Well, the Samsung Galaxy Note 4 and Nexus 6 will not be fighting for space in the premium market, since the crevasse between the two is too wide. Samsung fanboys will definitely not be hassling Nexus fanboys this time

Xiaomi Mi4 and OnePlus One

Both Xiaomi Mi4 and OnePlus On  come fitted with a Snapdragon 801 processor and 3GB RAM the OnePlus One even has an amped up screen size of 5.5-inches. Like it or not, going by the specs, these phones are going to dominate the market.

While the others are premium phones these two phones, which come from the mid-range, can also have an impact on the Nexus 6, simply because they have the specs and the grit to come in at low prices. While the Xiaomi Mi4 is expected to debut around 15K, the OnePlus One might be coming in at 25K or even less.

At the very least, they will woo the Nexus 5 consumer base, which might turn to these phones instead of going for the Nexus 6.

In my view, the Nexus 6 has an interesting mix on offer. It already carries the Nexus reputation, Motorola brand name and Google’s blessing with it. But, in today’s extremely competitive smartphone market, it needs that slight push when it comes to the price tag, which will definitely place it amongst good phones.

If you have the moolah, or just it a jackpot, do get your hands on this phone. But I wouldn’t totally suggest going out of your way and buying this one.

Otherwise, Google stands the risk of attending to a select consumer base, while alienating the rest.

Show us some love in the comments section and do post any queries you have got about the Nexus 6, and we will get back to you.