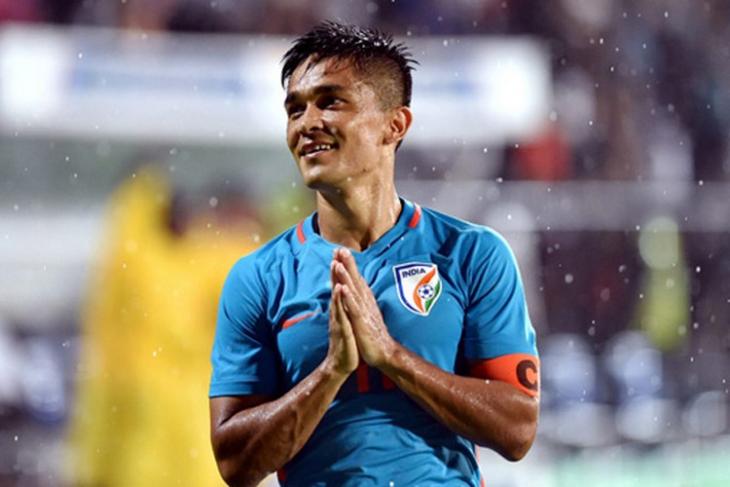 Thousands rushed to watch India’s match against Kenya at the Intercontinental Cup 2018 after skipper Sunil Chhetri made an appeal on Twitter asking fans to fill the stadium. India won the match and his tweet has now been recognized as the most “retweeted tweet” of the year from India.

All the 7,000 tickets at the Mumbai Football Arena were sold out days ahead of the match after Chhetri’s appeal went viral. The video Tweet from @chetrisunil11 has been retweeted almost 60,000 times, Twitter India said on Wednesday.

This is nothing but a small plea from me to you. Take out a little time and give me a listen. pic.twitter.com/fcOA3qPH8i

In his video message, Chhetri said: “Abuse us, criticize us but please come to watch the Indian national team play.”To all of you, who have lost hope or don’t have any hope in Indian football, we request you to come and watch us in the stadium.” The then India national captain made the appeal after just around 2,500 fans came to watch their previous game.

Virat Kohli’s (@imVkohli) tweet featuring a picture with Anushka Sharma (@AnushkaSharma) on the occasion of Karvachauth, also won hearts on Twitter. With over 215,000 likes, the Tweet showcasing the celebrity couple in ethnic wear emerged as the “most liked” Tweet of 2018.

Beyond entertainment, the return of Chennai Super Kings with #WhistlePodu and the emergence of #MeToo in India added to the top hashtag trends. 2018 was also the year when Twitter reacted en masse as people demanded #JusticeForAsifa, engaged in ongoing political debates on #KarnatakaElection and #Aadhaar.

But it was not just politics and movements that had people tweeting in 2018. India celebrated Deepika Padukone and Ranveer Singh’s (#DeepVeer) romance as well as major wins at global sporting occasions like #AsianGames as Indian athletes, including Bajrang Punia (@BajrangPunia), Hima Das (@HimaDas8) and PV Sindhu (@Pvsindhu), won laurels.