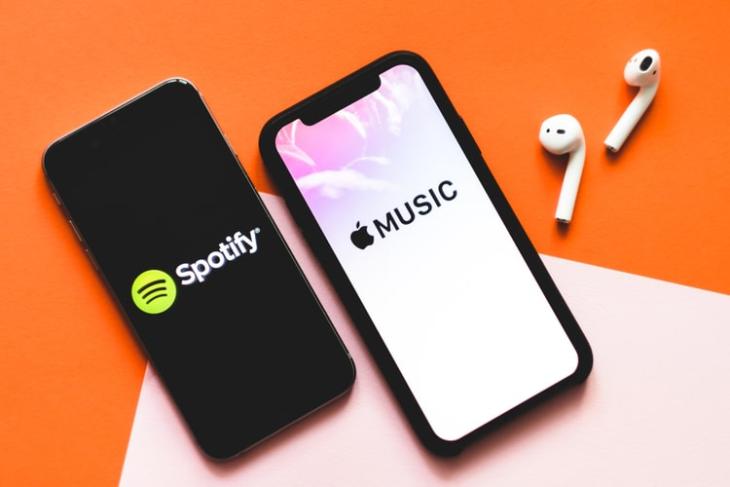 As more users have now started relying on streaming services to consume music, the subscribers base in the market grew by more than 26 percent in Q2 2022 as compared to the same quarter last year. Among others, Spotify dominated the market and held onto its numero uno position with a really high market share. Apple’s music streaming service, Apple Music, came in second and its market share might come as a surprise to many

According to a recent market research report by MIDiA, Spotify holds a 31 percent market share in the music streaming industry. As for its fiercest competitor, Apple Music, followed right after and came in the second position with only a 15 percent market share. However, there are some underlying details in the report that you should know about.

Although Spotify was able to retain its top position with a 31 percent market share, it is less than the company’s market share in Q2 2021 as it had a 33 percent share at the time. This quarter, however, the Swedish streaming giant lost 2 percent of the market share in the previous year. Moreover, in terms of growth rate, Spotify was outperformed by Amazon Music as the latter saw an amazing 25 percent growth rate as compared to the 20% growth rate of the former.

Nonetheless, Spotify has been on the top for a long time now, and despite its decreasing market share, other companies are nowhere close to surpassing it in the near future, as per the report. The company has introduced several new features to improve its streaming service and help users discover new music. It is expected to further improve its platform to garner more users in the coming months. However, there’s one feature that seems to be MIA and that’s the Spotify HiFi, which will bring lossless audio support to the platform.

Apple Music, on the other hand, has been gradually climbing up the list by garnering more users. The Cupertino giant introduced support for Spatial Audio and Hi-Res Lossless Audio for Apple Music earlier last year at no extra cost for subscribers. Recently, the company also introduced a low-cost voice-only plan for its music streaming platform. It relies only on Siri for music playback. With these features and personalized playlists, Apple aims to lure more users to its streaming service.

Other notable music streaming services include YouTube Music, which was the only music streaming platform that saw an increase in its global market share during the quarter. The report states that as Google’s streaming platform mostly resonates with the Gen-Z population and younger Millenials, the company was able to garner more users in the global market as compared to its rivals. YouTube Music had an 8 percent market share at the end of Q2 2022.

Apart from these, other music streaming services like Tencent Music Entertainment (13 percent) and NetEase Cloud Music (6 percent) saw the biggest growth rates during 2021, adding 35.7 million new subscribers. Combined, the music services garnered 18 percent of the global market share, despite being exclusive to the Chinese market.