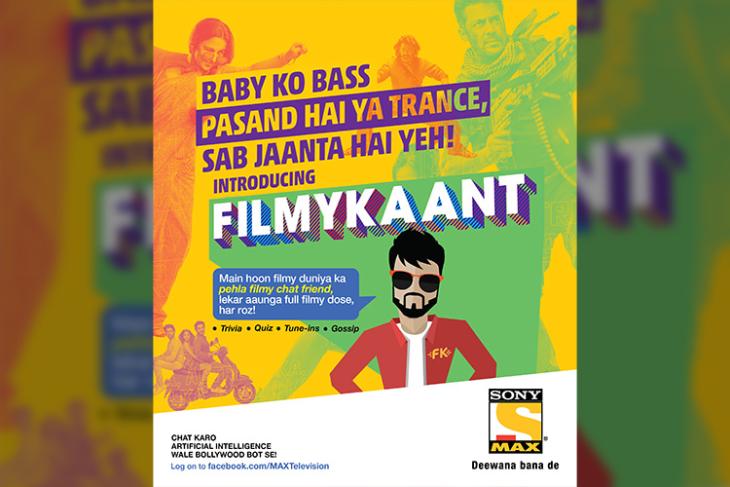 Sony MAX, one of India’s most popular Bollywood movie channels, has launched the world’s first television-based chatbot in India. The artificial intelligence powered chatbot, called Filmykaant, was developed with an advanced Natural Language Processing (NLP) technology, which gives the chatbot the ability to read Hinglish. 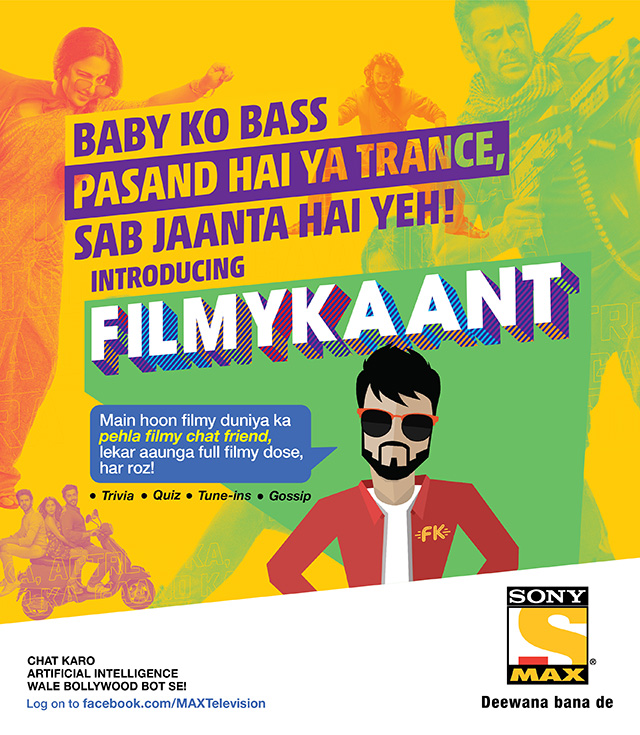 “The potential of artificial intelligence is stupendous, and when applied aptly, can complement any business manifold. At Sony MAX, our intent is to go beyond our conventional realm of offering the best in entertainment and to offer something that surpasses traditional and social media norms. Filmykaant is our answer to that. It is an interface, an encyclopedia to Hindi cinema, an entertainer and a friend.”

Sony MAX viewers will be able to log on to Facebook Messenger and chat with Filmykaant to find answers to trivia from the world of Hindi cinema. The AI behind Filmykaant has been trained with more than 5000 keywords and phrases to handle the user’s queries queries. The AI-based chatbot is Sony MAX’s endeavor to engage more of its target audience beyond the conventional approach. The chatbot serves to create meaningful conversations with the users.