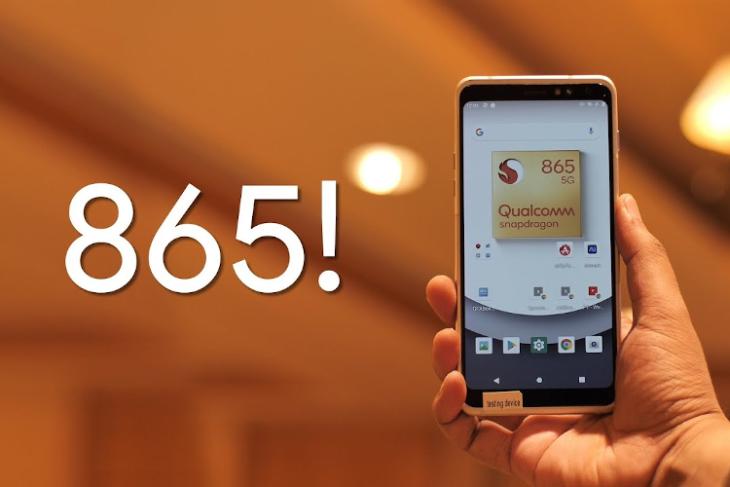 Having announced support for India’s indigenous satellite navigation system, NaVIC, in some of its newest mobile chipsets like the Snapdragon 765, Snapdragon 720G, Snapdragon 662 and Snapdragon 460 late last year, Qualcomm has now announced plans to add the Snapdragon 865 to the list. In a statement to Hindustan Times, the San Diego-based chipmaker confirmed that the Snapdragon 865 SoC is capable of supporting NaVIC, but will need a software update that will be rolled out to OEMs in April, 2020.

According to the statement from an official Qualcomm spokesperson: “Recent Snapdragon Mobile Platform launches such as Snapdragon 765, 720G, 662 and 460 support NavIC. Snapdragon 865 is NaviC capable with the final software update coming to our OEMs around April 2020”. Qualcomm’s Senior Director of Product Marketing, Sachin Kalantri, provided further details on the subject to NDTV, saying: “As long as your phone has a chipset which is NavIC capable, has L5 band enabled, and has the software for NavIC, it will work”.

What it means in essence is that most devices powered by the Snapdragon 865 should probably support NaVIC at some stage, although, the final decision on whether to enable the feature or not will still rest with the OEM. However, as pointed out by Kalantri, for a device to support the technology, it will still need to have radio frequency (RF) support for L5 band, which is different from the L1 band that receives signals from GPS satellites.

It was only recently that Realme CEO, Madhav Sheth, announced that the company’s newly-launched X50 Pro will have full support for India’s NaVIC satellite navigation technology that has been developed in-house by ISRO. It is also expected to be available with a bunch of upcoming Xiaomi phones going forward.