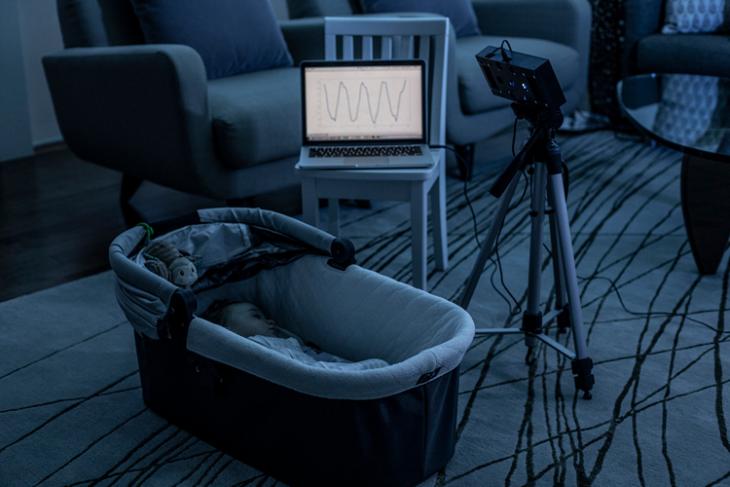 Researchers at the University of Washington have come up with BreathJunior, a new smart speaker skill that will let parents monitor the breathing and movement of sleeping babies. The technology works by playing white noise from the speaker and recording how it is reflected back from the baby’s chest.

To test the concept, the researchers have developed a smart speaker that resembles the hardware present in the Amazon Echo. They claim to have tested the system with five babies in a local hospital’s neonatal intensive care unit and says that it managed to closely match the traditional vital sign monitors.

“One of the biggest challenges new parents face is making sure their babies get enough sleep. They also want to monitor their children while they’re sleeping. With this in mind, we sought to develop a system that combines soothing white noise with the ability to unobtrusively measure an infant’s motion and breathing,” said Dr. Jacob Sunshine, one of the members of the research team.

In case you’re wondering how this works behind the scenes, the white noise produced from the speaker is reflected back from the child’s chest to the speaker’s microphone. The original signal is then canceled out and hence, only the information obtained from the motion of the baby is left.

The researchers plan to commercialize their technology through their startup named Sound Life Sciences. The team will present their research in Mobicom 2019 which is scheduled to take place on 22nd this month.

“If we could use this white noise feature as a contactless way to monitor infants’ hand and leg movements, breathing and crying, then the smart speaker becomes a device that can do it all, which is really exciting.”, said Shyam Gollakota, a member in the team.

So, what do you think of BreathJunior? Tell us in the comments.