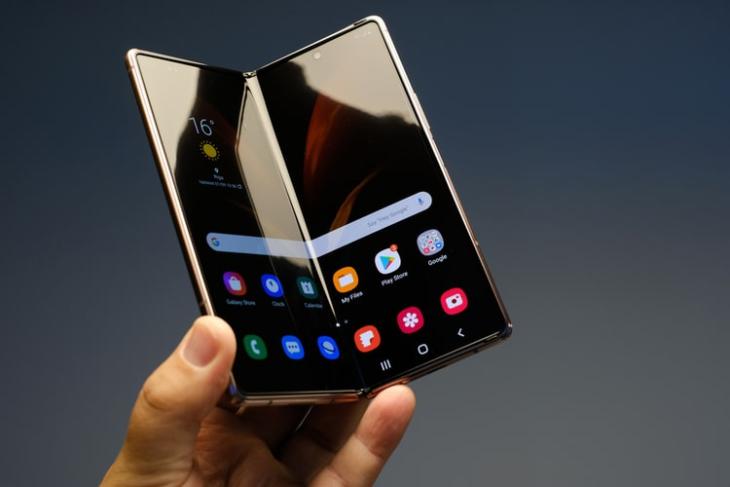 As per the report by Nikkei Asia, Samsung is developing a foldable device featuring a two-fold design and dual-hinges. The company has reportedly filed a bunch of patents for such a device in the past few months. And the device should make its way to users by the end of 2021.

The report comes after the Samsung CEO confirmed to not launch any Galaxy Note devices this year due to a shortage in chips supply. As a result, the company is now focusing its resources on foldable devices.

“The suspension of the Note series was pretty much decided last year. The company wants to bet more on foldable phones that have much higher prices with distinctive designs,” a source familiar with the matter told Nikkei Asia.

Coming to the new dual-fold device from Samsung, there is not much detail about it as of now. The report states that the device would have a standard aspect ratio of 16:9 or 18:9. This is “in line” with mainstream devices. Moreover, it will reportedly enable the device to support more games and apps to “run more smoothly with better resolutions.”