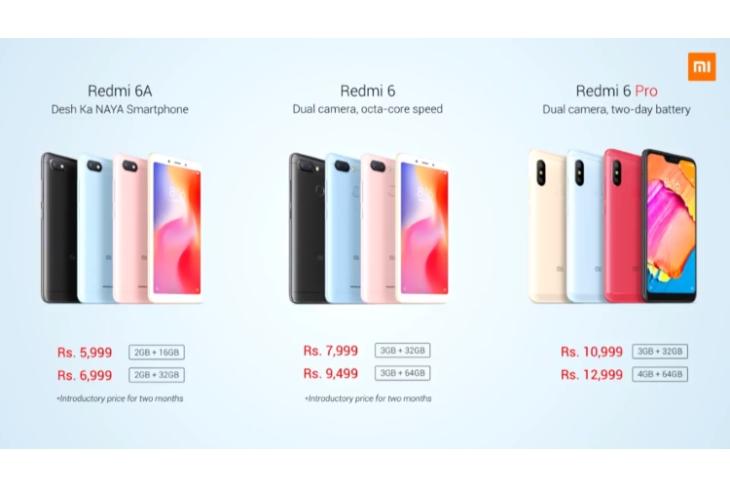 Despite facing heavy competition in recent times, Xiaomi is still the undisputed king of the budget as well as the midrange segment in India. The company has just launched the Redmi 6 series which will see them cling on to their throne for more time to come.

In a launch event held in New Delhi, Xiaomi unveiled the all-new Redmi 6, Redmi 6A, and the Redmi 6 Pro for the Indian markets. The devices feature the same specs as their counterparts in China, along with the Global MIUI 9.6 ROM that comes with extra features for the Indian market.

In terms of specs, the Redmi 6A packs in a 5.45-inch HD+ display and is powered by the MediaTek Helio A22 processor. It comes with 2GB of RAM and is available in two variants of either 16GB or 32GB internal storage.

As for the Redmi 6, the device also features a 5.45-inch HD+ display along with the MediaTek Helio P22 chipset. However, it does come with a better 3GB of RAM along with 32GB/64GB of storage which can further be expanded via a microSD card. 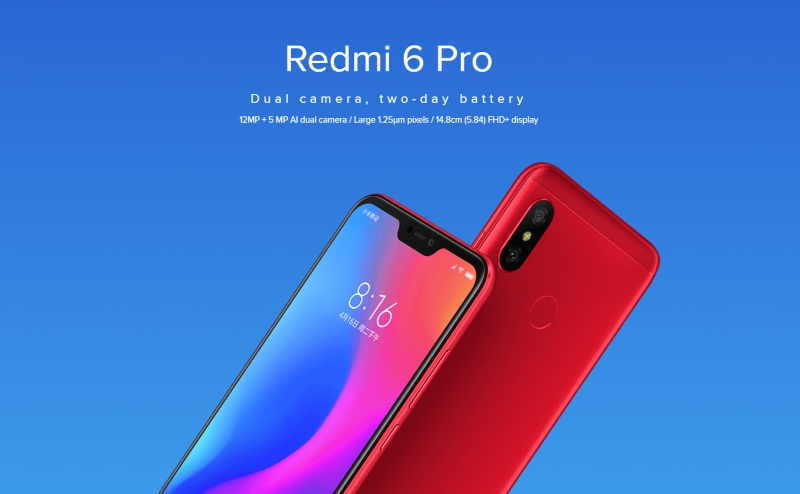 Finally, the Redmi 6 Pro is here, packing in a 5.84-inch Full HD+ display. It is powered by Xiaomi’s favourite SoC, the Snapdragon 625, along with either 3GB or 4GB of RAM. As for storage, the device is available in two variants of either 32GB or 64GB, and it can further be expanded with a microSD card as well.

So what do you think of the new Redmi 6 series? Will it continue to remain top of the pile or will Xiaomi have tougher competition this time around?