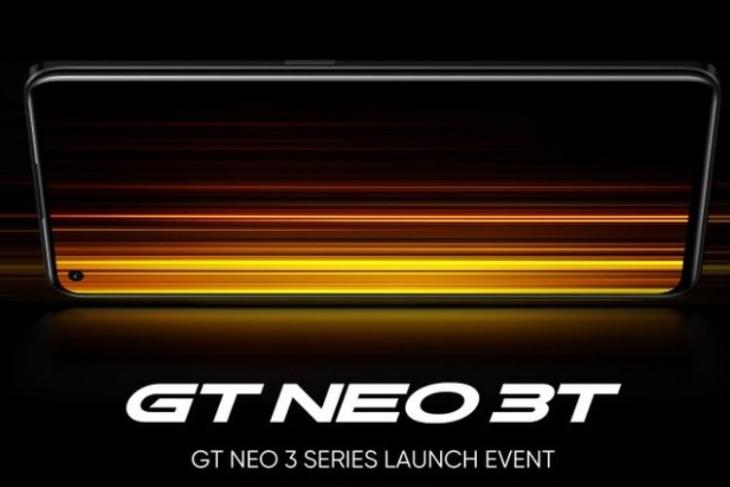 Realme has been rumored to launch the GT Neo 3T as another variant of the recently introduced Realme GT Neo 3. The company recently teased the smartphone for the global market and has now revealed its official launch date, which is set for June 7. Here’s what to expect.

The official announcement post also confirms support for 150W fast charging for GT Neo 3T, much like the GT Neo 3. The phone will also come in the Nitro Blue color option with white racing track stripes, which is also one of the colors of the GT Neo 3.

However, other details regarding the Realme GT Neo 3T remain unknown. Previous rumors have suggested that the phone will be a rebranded version of the Realme Q5 Pro, which is exclusive to China. Hence, it could be powered by a Snapdragon 870 chipset as opposed to the MediaTek Dimensity 8100 SoC powering the GT Neo 3. It is also expected to feature an AMOLED display with support for a 120Hz refresh rate. You can also expect 64MP triple rear cameras, a 5,000mAh battery, Android 12-based Realme UI 3, and more.

In addition, Realme’s global Twitter handle has also revealed that the Realme GT Neo 3 series will consist of three phones. Details on the third model are yet to be out. That said, there are chances that it could be the 80W fast charging variant of the Realme GT Neo 3.

We are yet to get more details on the upcoming Realme GT Neo 3T and hence, it would be better to wait for these details to arrive. The phone is also expected to reach India in June but again, we need an official word. We will keep you posted on all the details. So, stay tuned.