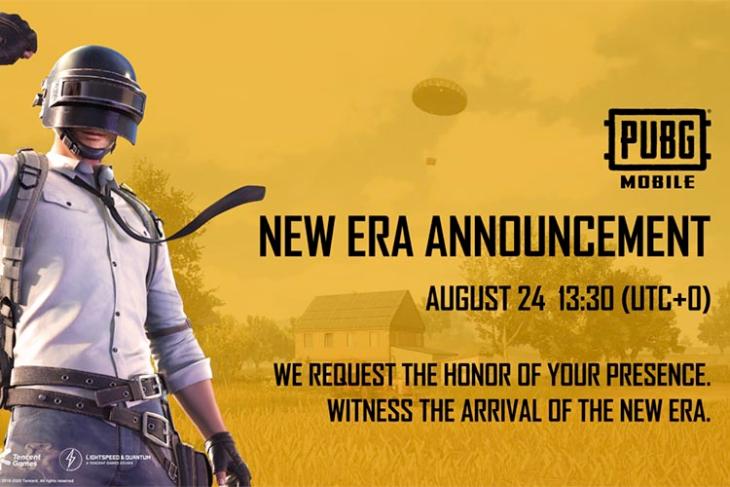 Popular battle royale game PUBG Mobile has teased a ‘New Era’ announcement for the game. In a tweet from the official PUBG Mobile Twitter account, the company mentions that the announcement will be held on August 24, at 1:30pm UTC (that’s 7pm IST).

We humbly request your presence as we announce a New Era for PUBG MOBILE! ⏰

While we don’t know what PUBG Mobile has in store for us, there are a couple of things that stand out right now. For one, the Erangel 2.0 update has been in beta for a while. It brings an overhauled Erangel map, complete with aesthetic changes, and better textures. It’s likely that the New Era announcement will give us a firm date for Erangel 2.0’s arrival on the stable version of PUBG Mobile. Moreover, Ultra HD graphics might finally be unlocked as well.

Other than that, we could hear information about upcoming PUBG Mobile esports tournaments. The PMCO 2020 is currently underway, and PMPL 2020 India will also be starting in September as PMCO winds down for the region. PUBG Mobile recently wrapped up the PUBG Mobile World League Season Zero, which saw teams like Orange Rock, TSM Entity, Cloud 9, Loops Esports, and more fighting it out for cash awards.

We will be watching the PUBG Mobile New Era announcement live on August 24, and covering any important information as it happens so stay tuned for more updates. If you want to join in and watch the stream, you can head over to YouTube to catch the live stream at 7pm IST on August 24.