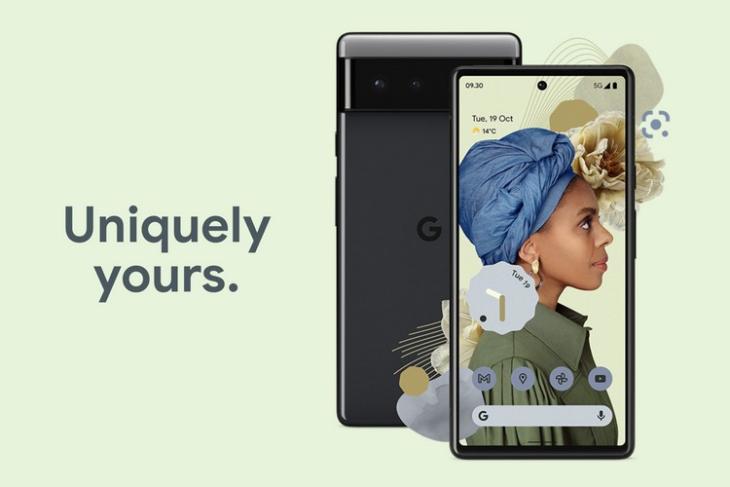 While every other smartphone maker remains tight-lipped about their unreleased smartphones, Google has been pretty transparent with its upcoming flagship Pixel 6 series, ahead of its official launch on October 19. And now, after various leaks and speculation, the confirmed specs of Pixel 6 and Pixel 6 Pro have leaked online recently. So, let’s get into the details right away.

Ahead of the launch event, the official product pages for both the Pixel 6 and 6 Pro were mistakenly posted online by UK retailer Carphone Warehouse over the weekend. While the product pages have since been taken down, reputable tipster Evan Blass (aka evleaks) has shared screenshots of the marketing material on Twitter. This reveals the confirmed specs of the Pixel 6 and 6 Pro, including the display size, screen refresh rate, battery life, and more.

Starting with the higher-end Pixel 6 Pro, the device will feature a 6.7-inch display with support for a 120Hz refresh rate. As per the leaked specs, the refresh rate will be adjusted dynamically by the device and can drop to as low as 10Hz, thanks to the LTPO (Low-Temperature Polycrystalline Oxide) display technology. It will also help the device save some battery juice.

Other than these, the listing also reveals the camera specs of the Pixel 6 Pro. The upcoming smartphone will include a triple-camera setup, including a 50MP primary lens, a 12MP ultra-wide sensor, and a 48MP telephoto lens. The device will also come with various nifty camera features like an Eraser Mode and a Motion Mode.

Under the hood, the Pixel 6 Pro will pack the in-house Google Tensor chipset, which has already been confirmed by Google. However, as per the landing pages, Google also has the Titan M2 security chipset on board for an extra layer of security. Furthermore, the device will run Android 12 out-of-the-box and receive five years of Android security updates, which is in line with previous leaks.

Now, coming to the standard Pixel 6, the device will boast features and specs similar to its elder sibling. In fact, as per the leaked specs, the non-Pro Pixel 6 model would be able to deliver a 48-hour battery life, thanks to an Extreme Battery Saver mode, which is much more than the battery life of the 6 Pro.

It will come with a dual-camera setup with a primary 50MP lens that will let 150% more light than its predecessor. So, users can expect to capture high-quality low-light shots with the upcoming Pixel’s cameras.

So, these are some of the confirmed specs of the Pixel 6 series that have leaked ahead of its official launch. Now, all we have to do is wait for Google to officially launch these devices and announce the price and availability details at its upcoming Fall event. As per leaks, the Pixel 6 series is expected to start at 649 euros (~Rs. 54,500), but we suggest you take it with a grain of salt.