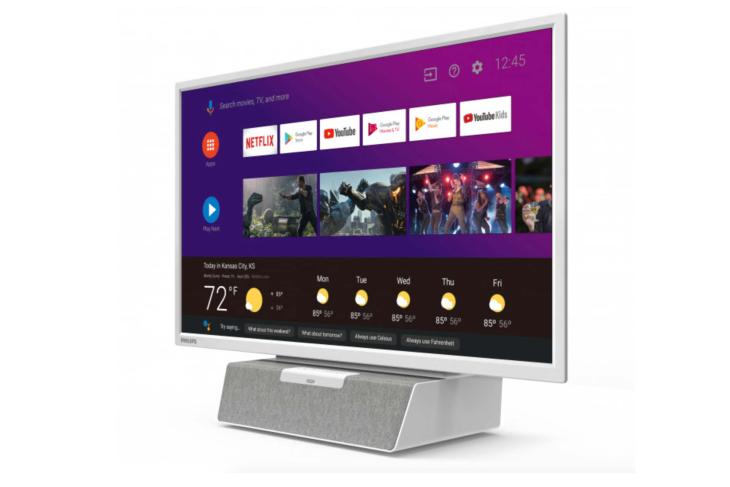 Philips has released a new 24-inch Android TV that it’s hoping you might put in your kitchen instead of using a smart display, the likes of which are being made by a bunch of companies including Lenovo, and even Google itself.

The TV comes with Google Assistant support, and two far-field echo-cancelling microphones so users can use voice commands to control the TV, or their smart home devices as well. There’s also a remote, as one would expect from a TV, which also has a microphone, and should make it easier for users to control their TV when they don’t want to be in the kitchen screaming commands at a slab of glass.

That slab of glass, by the way, will have a 720p display which might feel like it’s too low a resolution, but it’s pretty much a standard resolution for TVs of this size. There’s also a speaker unit on the base of the TV, which is where the mics are also included, along with a dedicated mic-off button for added privacy if you need it.

For I/O, the TV comes with two HDMI ports, an ethernet port, Digital Audio Out port, an Antenna-in port, and a USB-port, which should be enough for your needs in the kitchen.