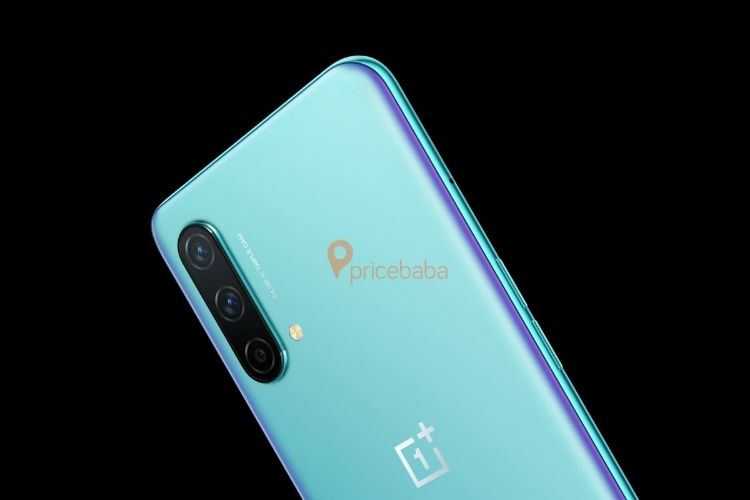 After confirming to launch of the much-anticipated OnePlus Nord CE 5G in India, we recently saw OnePlus CEO Pete Lau reveal the launch date of the device. Now, as per recent reports, the design and price of the upcoming OnePlus Nord device have been leaked online.

Initially spotted by MySmartPrice, the price of the OnePlus Nord CE 5G, as per a leaked HDFC Bank cashback offer listing, will be Rs 22,999. However, the listing has now been apparently deleted as the link to the said page appears to be broken, as of writing this article.

Nonetheless, the HDFC listing on the OnePlus website revealed that the device will be priced at Rs 22,999. However, if you buy the device using an HDFC Bank debit or credit card, you will be eligible for a Rs. 1,000 discount. So, the effective price of the OnePlus Nord CE 5G, for HDFC bank customers, will be Rs 21,999.

Now, coming to the device itself, the upcoming OnePlus Nord CE 5G, where the CE stands for “Core Edition”, is rumored to come with a 6.43-inch AMOLED panel with a 90Hz refresh rate support. So, we can expect the display to be similar to the original Nord, which the company launched in India last year.

Another teaser shared by OnePlus on its official Twitter handle reveals that the display will feature a punch-hole cutout at the top right corner to house a selfie camera. And, as per a leaked image of the rear, the triple camera setup will be placed in a vertical module at the back of the device.

Speaking of the cameras, the upcoming Nord device is rumored to pack a 64MP primary lens, an 8MP ultra-wide lens, and a 2MP depth sensor. As for the selfie snapper, you will find a 16MP sensor on the front.

Inside, as per recently leaked specs of the device, the OnePlus Nord CE 5G will pack the Snapdragon 750G 5G chipset, which Qualcomm announced late last year. Following its announcement, we have seen the chipset power some popular mid-range 5G devices in the market, including the Mi 10i, Moto G 5G, and Galaxy M42 5G. You will also find a huge 4,500mAh battery and Warp Charge 30T Plus support (not sure what Plus means here) onboard.

We will learn every detail of the OnePlus Nord CE once it launches in India this week, along with the new OnePlus TV U1S series. So stay tuned for more information.

When Will My PC Get Windows 11 Update?