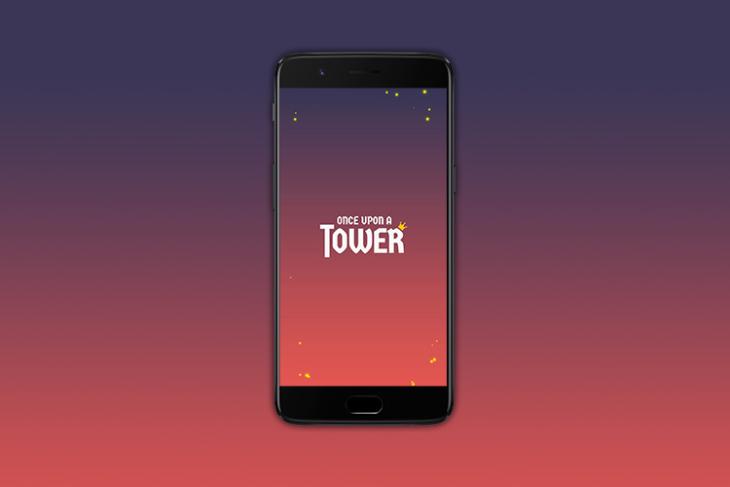 It is a Sunday, and that means a couple of things — first, it’s a Monday tomorrow and you’re probably dreading it as much as I am. Second, you’ll get all new games on the Xbox One, and the PS4 this coming week, and third, I have an Android game recommendation for you.

This week, I didn’t have to look as hard as I normally have to, to find a game worth telling you about. Just browsing through the Play Store, I came across a section of apps with female lead characters, and ‘Once Upon a Tower’ immediately piqued my interest.

It’s a game that’s incredibly easy to play, and yet deceptively difficult to master. I’m still struggling with mastering it (and where the hell is the log)?

Once Upon a Tower is set with a princess stuck in a tower, but contrary to popular belief, princesses don’t need a knight in shining armor to come and rescue them, no she can handle herself, and so the game begins. You’ll have to break blocks, stay away from the dragon (yeah, there’s one), kill some trolls, and boars, and other weird looking enemies (there are also spiders and they give me the shivers), while collecting fireflies to unlock new characters. 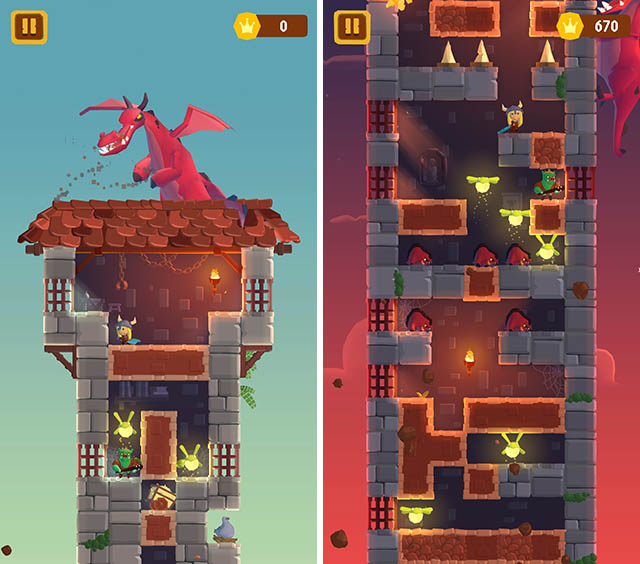 The new characters don’t really bring extra powers or abilities of any sort, but it’s just fun to unlock new characters in a game that otherwise would feel like an endless runner. The levels are randomly generated, so it doesn’t get boring no matter how many times you play it.

I’ve only ever reached Level 7, after which there are little baby dragons inside the tower as well, and I’ve never been able to get past them… I’ll keep trying; meanwhile, you download the game on your phone (free). It’s a lot of fun, and it’s very well designed as well.

There are challenges that you can complete to get a higher score multiplier, and while most of the challenges are easy to understand and complete, I’m currently stuck on one that says “Hit Back a Log”, and for the life of me, I can’t figure out what or where the log is. 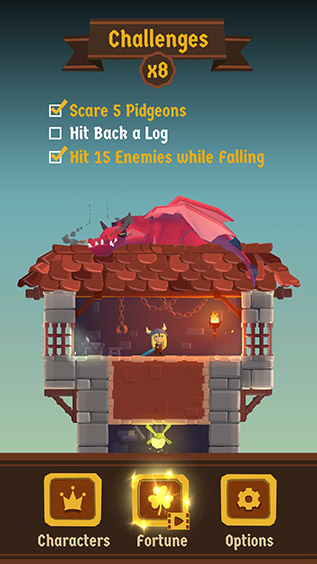 Maybe you guys can figure it out and drop me a line to tell me what that means, so download the game (free) right now, and start playing!