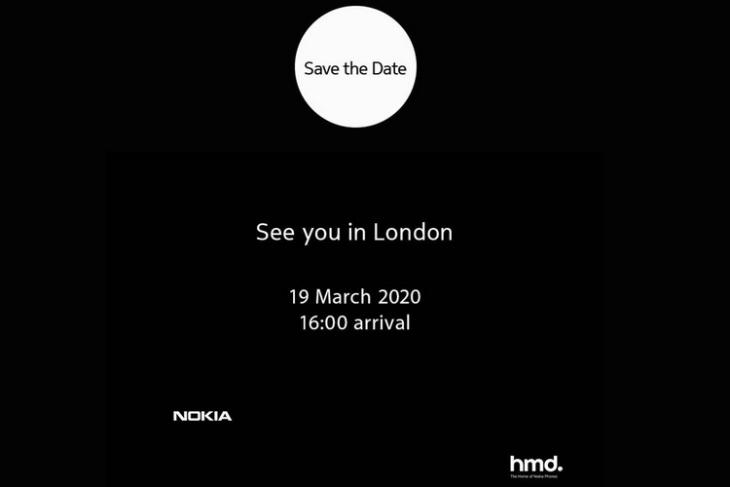 HMD Global, the Finnish company that makes Nokia phones, will unveil a number of new additions to its portfolio on March 19 at an event in London. The company was previously scheduled to make an announcement at MWC 2020 last month but delayed the launch as the trade show was canceled due to coronavirus outbreak.

The announcement was made on Twitter earlier today by Juho Sarvikas, the Chief Product Officer of HMD Global. While Sarvikas didn’t say much, the company is expected to launch a number of new devices on launch day, including its first 5G phone powered by the latest Snapdragon 765G chipset.

No Time To Wait. We have something very special lined up for you. #nokiamobilelive pic.twitter.com/xQAZWok0v6

According to NokiaPowerUser, some of the devices we can expect to see in London include the Nokia 8.2 5G, the Nokia 5.2, the Nokia 1.3 and even the Nokia C2 (the naming is not getting better), which is expected to be an entry-level Android Go handset meant for first-time smartphone users. The company may also launch the rumored Nokia 5800 Xpress Music (2020 edition), thus, reviving another fan favorite. But, there’s no confirmation of that just yet.

Interestingly, the teaser video animation that looks suspiciously similar to the graphics in the opening credits of successive James Bond movies. Also, Sarvikas’ tweets caption also reads ‘No Time to Wait,’ which is in line with the popular movie franchise that is expected to get its next installment later this month with ‘No Time to Die,’ starring Daniel Craig as Agent 007, set to be released March 31st. It will surely be interesting to see what sort of collaboration does HMD Global has in store for us.

Sadly, though, the Nokia 9.2 PureView is unlikely to make an appearance at the event, given that its launch date has been pushed back by several months after HMD decided to incorporate the latest hardware in its next-gen flagship. That being said, it will be interesting to see if the company will make any announcements regarding the device, giving us an idea of what to expect from it later this year.