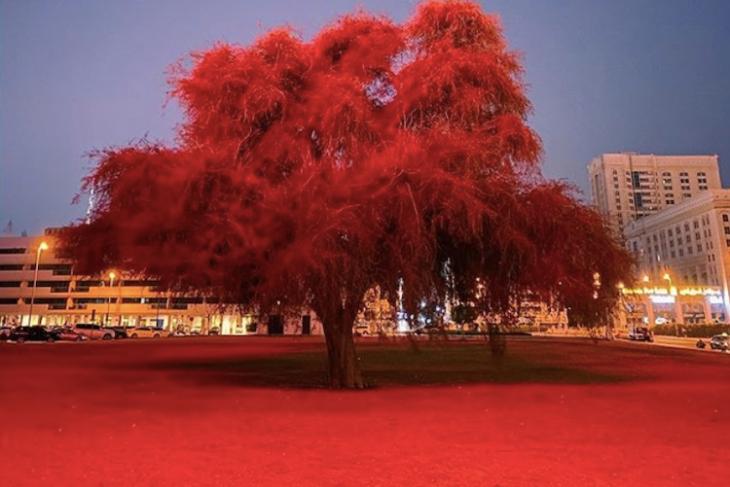 Every year Apple invites iPhone photographers around the world to send their best pictures. The company then selects a handful of pictures from thousands of submissions. This year, Apple selected six pictures and one of these pictures was clicked by a Mumbai-based photographer.

The criteria for this year was to use the recently introduced “night mode” feature that comes with the latest iPhone 11 and 11 Pro series. The company received thousands of submissions from photographers all around the globe. The winning pictures were clicked by photographers from countries like China, Russia, India and Spain.

Now, one of these pictures was clicked by an Indian photographer named Mitsun Soni. The Mumbai-based photographer posted the picture on his Instagram account on January 20 with the caption – “Feeling blue.”.

As per his Instagram post, Soni used photo editing apps like Snapseed, VSCO and Lightroom to edit the photo and it was shot somewhere in Dubai.

Tyler Mitchell, one of the judge from the curated panel of judges said, “This one blows my mind. I have no idea where that deep rich red light is coming from on the tree. It almost feels like a UFO sitting above the tree, just out of frame. Absolutely beautiful composition as well.”

Apart from Soni’s photo, the other five pictures were no less than stunning, especially the first one clicked by Russian photographer, Konstantin Chalabov. You can check out all the photos here.

These six winning photos will be featured in a gallery on Apple’s official website and also will be used by the company in billboards all around the world to promote its #ShotOniPhone campaign.