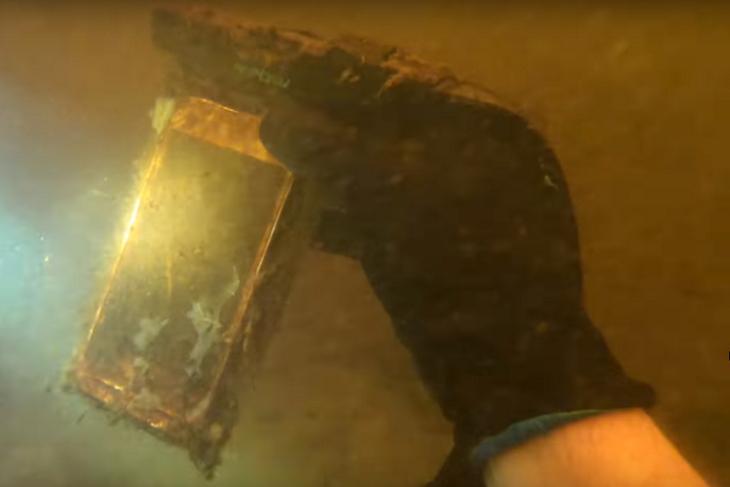 A diver and YouTuber found an iPhone in a waterproof case that had been immersed in water for a long 15 months. The phone has been discovered by Michael Bennett, who runs a YouTube channel named Nugget Noggin.

According to a report, the phone was found at the bottom of the Edisto River, a river in North America. Surprisingly, the phone was fully functional and it even had the old text messages.

“I came across something that looked kind of like a rope maybe attached to car keys, and when I pulled it up, I seen a phone inside of a waterproof case and I’m like, ‘No way, this is unbelievable,” said Michael Bennett.

The next challenge Bennet faced was to find the owner of the iPhone. He couldn’t unlock the phone since it was password protected. However, an idea struck his mind and he inserted the SIM card into another phone to get the owner’s contact information.

As it turns out, he was able to find the owner, whose name is Erica Bennett. She lost the phone during a family trip back in June last year. The phone had some text messages with her late father as well.

“It was kind of emotional because the last thing I have from him is saying, ‘Hey I’m playing phone tag with you, so I just figured I just text you, how are you feeling?’ And I think he had called me after that. I’m pretty sure it was Father’s Day,” said Erica Bennett.

She was then able to recover and transfer some important files she had in the old iPhone to her new device. Surprisingly, even the rechargeable case with the old iPhone worked after all these days of being abandoned in a river.

Take a look at the wholesome video Bennet made for his YouTube channel below.