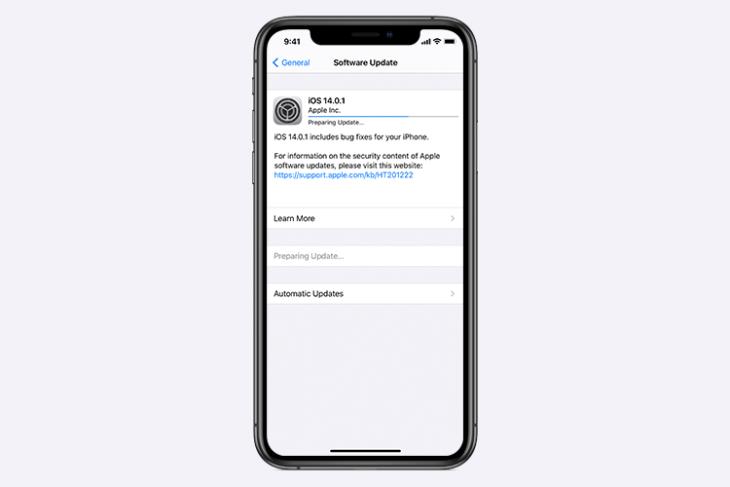 Apple has today released a minor update for iOS 14 and watchOS 7. Both these software are being upgraded today with bug fixes and improvements. With iOS 14.0.1, Apple is doing the usual bug fixing tasks, but this year the bugs are slightly bigger than you’d expect from a stable release.

For one, iOS 14 was notoriously resetting people’s default app settings back to Safari and the Apple Mail app. That issue has been fixed with iOS 14.0.1. Moreover, there are fixes for other issues that were reported with iOS 14. Here’s what Apple’s changelog says:

This update includes bug fixes for your iPhone.

While this is the entire changelog as it was shown on my iPhone, apparently there’s also a fix for issues with the News widget where images were not being displayed for some users.

Other than that, watchOS 7.0.1 is here as well, and this one is more about bug fixes and improvements. Except if you’re in a country with Apple Pay, where watchOS 7 was reportedly causing an issue, disabling certain cards for users. That pesky little problem has been fixed, per Apple, with watchOS 7.0.1. So, if you were facing that issue, you can update your Apple Watch now.

As usual, you should receive a notification about the update, but if you don’t you can always look for it manually by heading into Settings -> General -> Software Update.