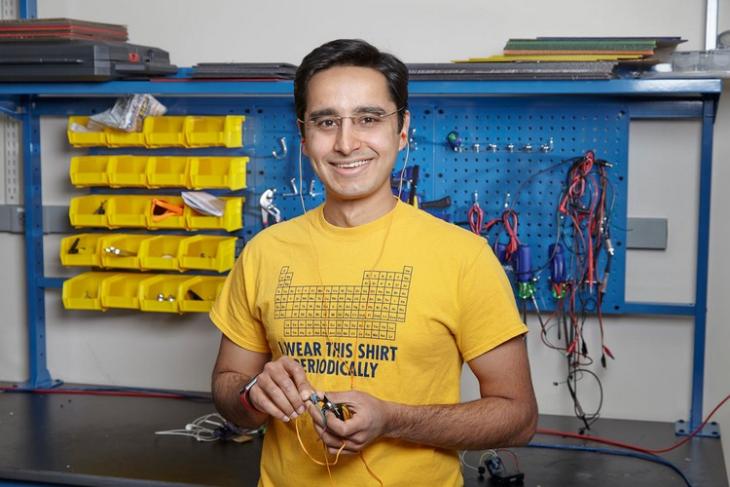 According to reports, 230 million of the global population aged 65 and above suffer from a hearing deficiency, amongst other health issues. Similar was the condition of Saad Bhamla’s grandparents when the now-researcher was an undergraduate, studying in Mumbai, India. At the time, he wanted to solve his grandparents’ hearing issue with the pricey hearing-aid devices. However, those expensive healthcare devices were out-of-reach for Bhamla. Now, the man has developed one of the cheapest hearing-aid devices to help all of the country’s senior population suffering from hearing deficiency.

Dubbed as “LoCHAid”, it is a device that comes in the size of a matchbox and can be worn as a necklace, and can also help disabled souls hear sounds again. It is essentially a DIY kit that uses off-the-shelf, low-cost items to cut production costs. And Bhamla says that when ordered in bulk, these devices would cost more or less $1 (~Rs 73) each. This would make these the cheapest hearing-aid devices in the market.

Moreover, until it becomes available for the masses, interested users can check out the DIY guide below and make their own hearing-aid device in more or less 30 minutes.

Bhamla and his team started out developing the hearing aid by connecting a microphone to a circuit board. Then they integrated an amplifier and a frequency filter to improve the device’s capabilities. And lastly, the team added a power button and a 3.5mm audio jack.

Moving forward, after the completion of the prototype, the team tested the device. While testing, the team found that the device can up the volume of high-pitched sounds to 15 decibels, keeping the volume stable at lower decibels. Moreover, according to the final test, the “LoCHAid” can improve speech recognition of older people as it brings the essential calls or sounds to people with hearing deficiency.

Now, if it was not for Bhamla’s grandparents and a colleague with a hearing deficiency, these DIY hearing-aid devices might not have existed. However, it is pretty awesome to see when researchers use simple technologies to help the generation that needs the help of technology the most. And these $1 “LoCHAid” devices are the perfect example of this.