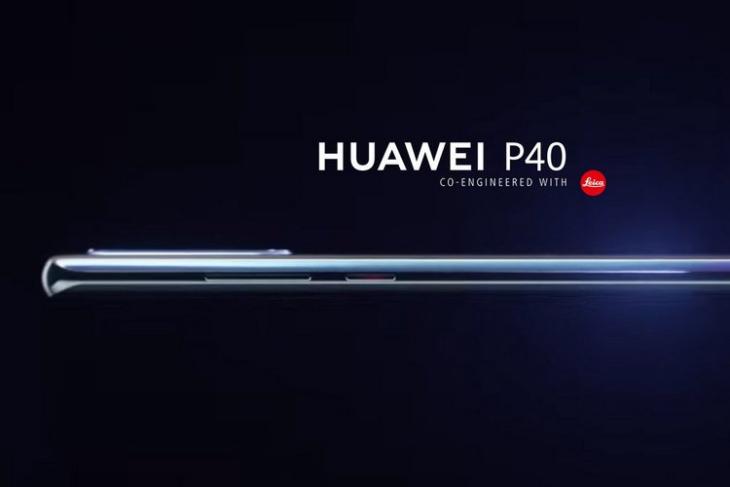 Huawei’s upcoming flagship lineup – the Huawei P40 series will be launched at an event next month in Paris, and a new leak has now surfaced online revealing the front design of the handset.

The image was shared on the Chinese microblogging platform Weibo. From the image, we see a pill-shaped camera cutout in the top left corner of the smartphone for accommodating dual selfie cameras. The top and bottom bezels are barely visible on the device while the edges feature the waterfall screen design. Take a look at the image below.

Previous reports suggest that the Huawei P40 Pro is likely to sport a 6.57-inch 2K curved OLED display with a 120Hz refresh rate. The device will be powered by the Kirin 990 SoC with an integrated Balong 5000 5G modem.

In terms of optics, the handset is rumored to pack a rectangular penta camera setup at the rear consisting of a 52MP custom-made Sony “Quad Quad Bayer” sensor, a 20MP ultra-wide camera, a 12MP (Periscope) telephoto camera with 10x optical zoom, a macro camera, and a 3D ToF sensor.

The handset is tipped to equip a massive 5,500mAh battery. Notably, the battery will occupy just 70 percent of a similar-capacity Li-on battery. The handset could support 50W fast charging that will fill the battery in just 45 minutes.

With all that said, it is worth mentioning that Richard Yu, the head of Huawei’s consumer business recently said that the P40 series smartphones might even run on the company’s own HarmonyOS instead of Android if the company isn’t allowed to use Google’s services. HarmonyOS will come with Huawei Media Services (HMS).