Pixel users have been clamoring for notification gesture since the OG Pixel, but it took three years for Google to implement this helpful feature. With the launch of Pixel 4 on October 10th, Google is bringing an updated launcher which also supports swipe down gesture for the notification panel. However, we have already got our hands on the new Pixel Launcher 10 thanks to 9to5Google. It can be installed on older Pixel devices without tinkering around and it runs quite well. So without further delay, let’s go ahead and find out the steps in detail.

As of now, you can install the Pixel 4 launcher only on Pixel devices running Android 10. Also, in our testing, the launcher worked without any major issues so you can definitely give it a try. With that said, here are the steps to follow.

1. Download the Pixel Launcher 10 from APKMirror and install it on your Pixel device.

2. It may block the installation since the app has been downloaded from a third-party source. To proceed with the installation, tap on “Settings” and then enable the toggle. 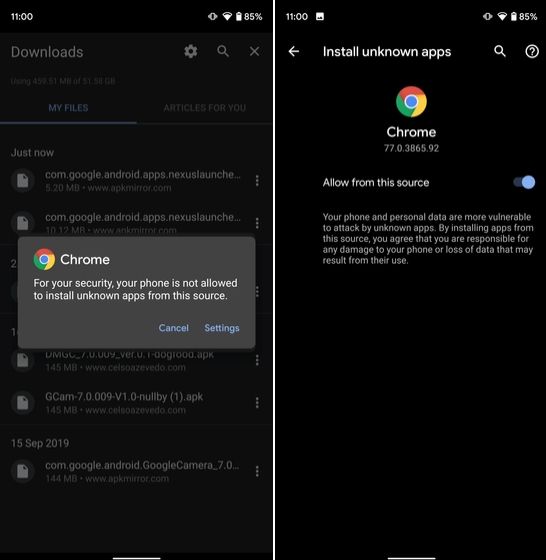 3. After that, go back and tap on “Install”. It will override the current Pixel launcher without deleting your launcher configurations.

4. Now go back to home and finally, you can swipe down from anywhere to bring down the notification panel.

5. If you want to uninstall the Pixel 4 launcher then open Settings and search for “Pixel launcher”. Open the first result and then tap on the 3-dot menu on top-right corner. After that, tap on “Uninstall Updates”. Now, the launcher will reset to the older build. 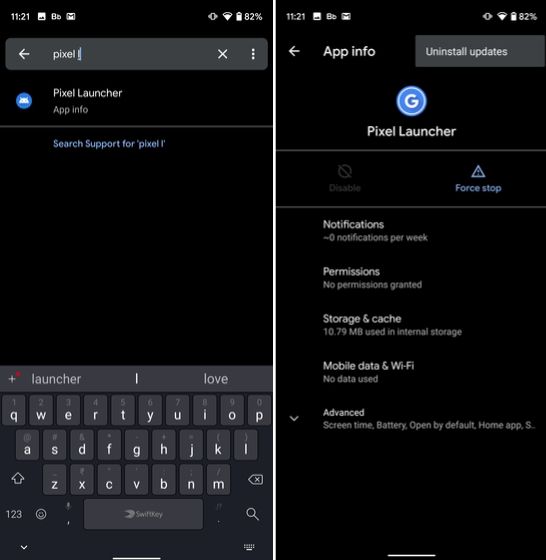 SEE ALSO: How to Install Pixel 4 Voice Recorder App on Any Android Device

That was our quick look into the new Pixel 4 launcher and how you can install it on your Pixel device. The launcher is a pre-release build so if you don’t want any unexpected bugs, you can wait for the official release which is most likely to happen on October 10th at the Pixel 4 launch event. Anyway, that is all from us. If you want to learn more about the upcoming Pixel 4 features, stay tuned with us.