Beebom
Home Mobile Android How to Boot Android in Safe Mode and How It Can be...

“Safe mode”, feel like you’ve heard that before? Well, you might have, as safe mode is not exactly a new thing. It has been a part of computer OS for a long time and always helps you in the time of PC crisis. There is a good chance you must have used the safe mode on your PC at least once by now, probably when you needed to troubleshoot a problem or your system was just going haywire. Trust me ,we have all been there. If you have used it in the past, you must be aware of just how useful safe mode can be in times of trouble. It’s basically like a lifebuoy for your system –  you can use it to float and make your way to the shore.

Safe mode in computer OS is not a new thing but what may intrigue you is that the same feature exists even in your Android phone. Yes, your Android is capable of running in safe mode when you need it to. Safe mode for Android will make your phone run with all the default settings and applications that it first came with. It’s like taking your phone back to the past but still leaving it with the ability to tamper with the present.

We will explain that point in just a while, but first let’s have a look at how to boot in safe mode.

How To Boot Android Into Safe Mode

Sometimes, If your system is seriously corrupted or an app is malfunctioning, your Android may boot into safe mode by itself and that’s like a fail-safe mechanism. But if that’s not the case, to do the same manually on all devices running Jellybean 4.1 and above just follow these steps:

Step 1:  Make sure your device’s screen is on, now press and hold the power button.

Step 2: In the box that appears, touch and hold “Power off”. 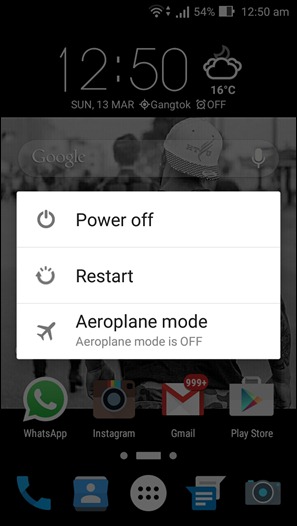 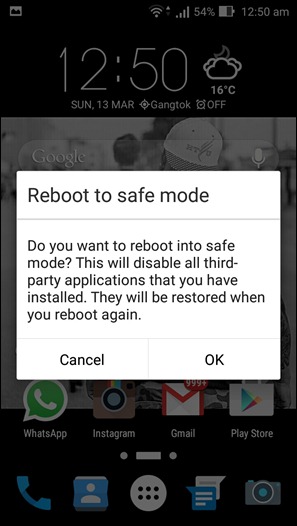 Step 4: That’s all it takes. Your device will now reboot in safe mode. 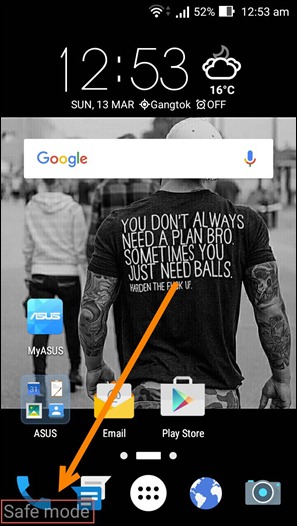 Step 1: Power off your device as usual.

Step 2: Press and hold the power button to restart your device.

Step 3: After rebooting, when you see a logo on the screen, release the power button and simultaneously press and hold both the volume keys.

Step 4: If everything went fine, your device will start up in safe mode.

Though the first method is more commonly used, the second one should also work with newer versions of android. This one can be useful if your phone is stuck on a force close screen and you are not getting the option to power off or any similar situation where the screen is frozen.

What Good Is Safe Mode?

Now comes the big question, what good is safe mode? Why go through all that trouble? Well, safe mode is useful for troubleshooting app related problems. Suppose you recently downloaded a horde of apps on your phone and now it’s misbehaving. Whether apps keep crashing, android keeps force closing your apps, your device has slowed down, it keeps restarting on its own, it has frozen or anything that may even slightly be app related can be solved in the safe mode. In safe mode only the default apps that came preloaded with your phone start up and so none of the issues of the newly downloaded apps can make their way into this territory. 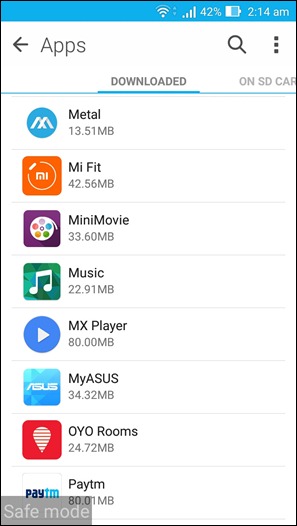 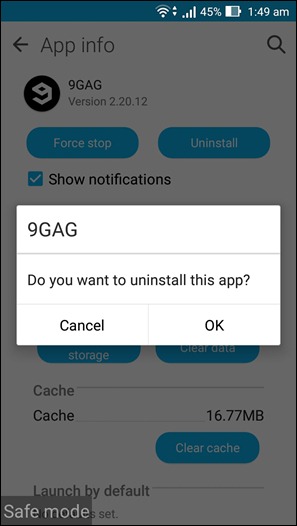 You may have had a hard time deleting apps or even making a phone call in the original boot mode but in the safe mode, your device will work way better. The response time is better plus no 3rd party app related issues. You can simply go to settings and uninstall any app that you think might be the cause of the problem. The apps you downloaded cannot be run and will not bother you, but you can uninstall/disable them. The only downside? It might be more of a hit and miss scenario if you are not entirely sure which app is the causing you the trouble, you’re going to have to keep uninstalling apps and testing your device, till the problem(s) is solved. 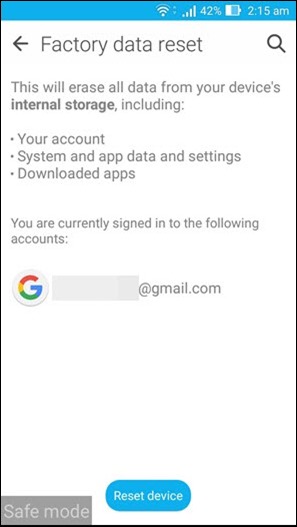 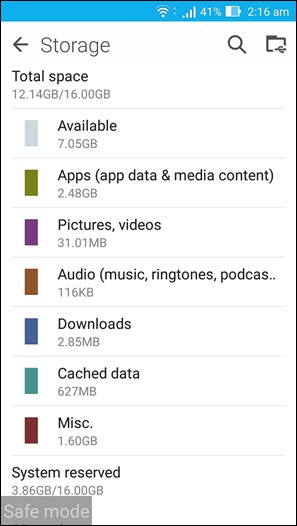 Apart from deleting apps, you can also alter your storage. Suppose you end up in a scenario where your device wouldn’t even start except for in safe mode and this was caused by malware in your internal storage. In this case, you can use safe mode to clear any part of your storage or even format it entirely. You can also factory reset your device if nothing else works for you. In a nutshell, safe mode can help you with any app related problem and it is also a good way of finding out if your problem is app related or something else. If the problem is something worse than misbehaving apps then even safe mode won’t function properly and you can seek help accordingly.

How To Exit Safe Mode

Just normally power off your android device and turn it back on. Your device should automatically boot in normal mode.

SEE ALSO: How to Remove Bloatware from Your Android Device

So there it is, everything you would want to know about safe mode on Android. Now, the next time you have a problem on your Android you should be able to perform some first aid on your own. You can use it if any app keeps on freezing, crashing or you might be facing a lagging problem or even something that may be caused by malware. It is a basic feature of the Android OS and it can be very useful in times of trouble. So go on try it out, and do remember to let us know how it worked out for you.

If you are someone who takes screenshots of chats, funny memes, or a bug on your device, then you might be familiar with the...
Beebom Staff - Jun 21, 2020

With so many new digital streaming services in the market, sometimes we tend to forget about a subscription for a service that we are...
Beebom Staff - Jun 13, 2020

It is not often that we forget the passcode or the screen pattern of our very own smartphones. Now, when that happens, it becomes...
Beebom Staff - Apr 26, 2020

Windows has a disk partitioning system where C drive generally stores all the system files and program installation files. Those who have smaller storage...
Arjun Sha - Mar 9, 2020