Nothing infuriates me more than spam or unknown calls that have nothing to do with my business (or whatever I do). They arrive out of nowhere, distract your attention, and leave you scratching your head. Even though there are all sorts of ways and means to block spam calls, a native call blocking tool for iOS had long been on my wishlist. Turns out, Apple has finally introduced a better way to automatically silence unknown and spam calls on iPhone in iOS 13. In this article, we are going to show you how you can enable this feature.

So, how does this feature work? Well, Apple uses Siri intelligence to allow calls to ring your iPhone only from your address book, Messages, and Mail. And it automatically sends all other calls to voicemail. You can check those unwanted calls from the Recent list. That all being said, let’s take a peek at how this new feature works!

2. Next, turn on the switch for Silence Unknown Callers located under “CALL SILENCING AND BLOCKED CONTACTS” section. 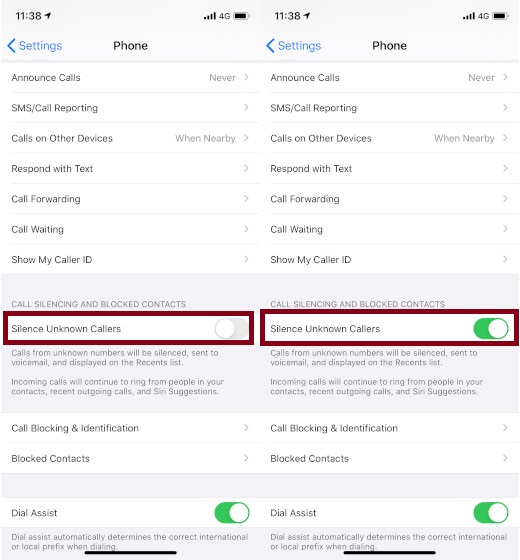 That’s it! Going forward, both the unknown and spam calls will be silenced on your iOS devices. But the calls from your Contacts, Messages, and Mail will continue to ring as usual. As mentioned above, you have the option to check those unknown or spam calls from the Recent list.

SEE ALSO: 10 Tips to Improve Security and Privacy in iOS 13

Take Control of the Spam Calls on Your iOS 13 Device

So, that’s how you can use this opt-in feature to deal with unwanted calls in a better way. I have been using it on my iPhone ever since iOS 13 rolled out. And I have found it quite reliable. Though it’s a nifty little feature just like the text editing gestures that may not grab plenty of eyeballs, it’s certainly going to win praise from a lot of iOS users. Anyway, let me know your feedback about it in the comments down below.