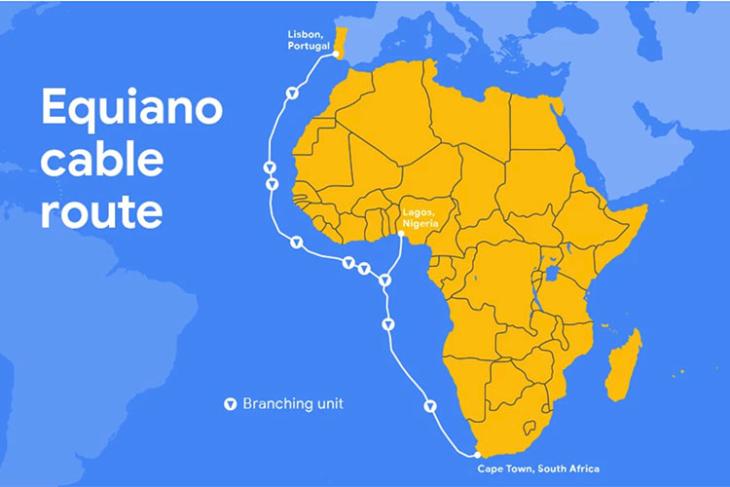 Google announced yesterday that the company will be building the first private undersea cable betweeen Europe and South Africa, and its third privately owned cable overall. The cable will be built by Alcatel Submarine Networks, and the first phase of the project is scheduled to be completed in 2021.

The Mountain View giant has named the undersea cable “Equiano” after Nigerian writer and abolitionist Olaudah Equiano, and according to Google, it will be the first subsea cable to use optical switching at the fiber level which makes it easier to adjust capacity on the fly. 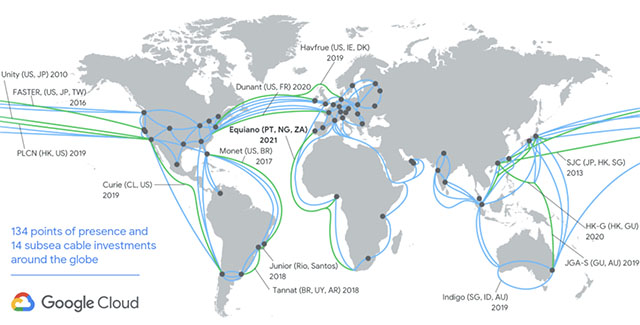 Talking about Equiano, the search giant also claimed that this new cable will be able to carry about 20 times the capacity of the last cable that was built for the region. Moreover, the cable will feature a number of branching points along its route that can be used to connect other countries to Equiano in the future. Google already has plans to connect the cable to Lagos, Nigeria, and other countries will follow in the future.

Other than Equiano, Google has two other privately owned cables already — ‘Dunant’ between Europe and the US, and ‘Curie’ between the US and Chile.