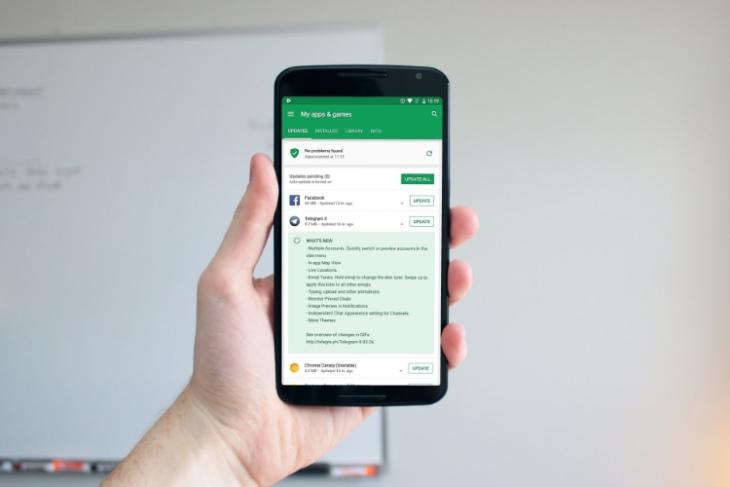 Google has been actively updating Play Store to bring new features for users. Just recently, the company launched a bunch of new services on the Play Store including the new Google Pay and ARCore apps. Today, Google has released yet another update for the Play Store which is introducing a cool new feature.

With its latest Play Store update, Google is now allowing users to see the “What’s New” section of the app updates right on the Updates page. Previously, if a user wanted to see what new things an app’s update was bringing, he had to first open that app and then scroll down to the What’s New section to see what changes that the app was introducing. 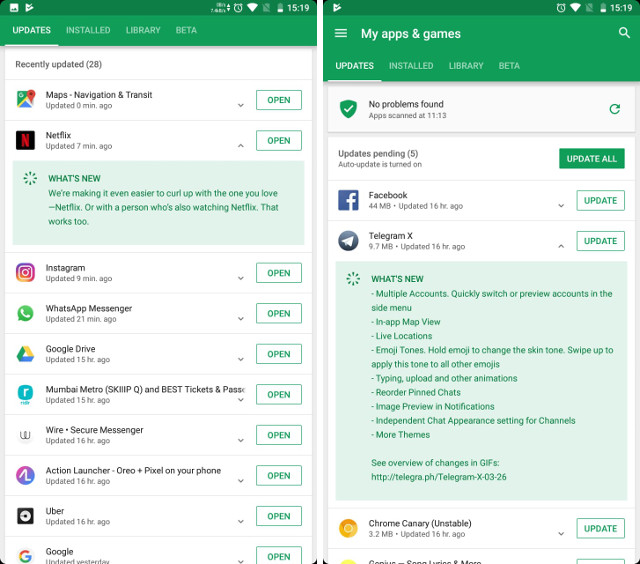 Now, users can just open the Updates page which lists all the apps that have updates available for them and tap on the small arrow to reveal the What’s New section right there. Not only that, users will also be able to see the change-log of the apps they have already updated using the same steps.

This is a very nice addition from Google and it shows the company’s commitment towards making Android more intuitive and simple as can be seen with the new Android P Developer’s Preview. The update is being rolled out in stages and if you have still not received it, you will be receiving it in coming few days.