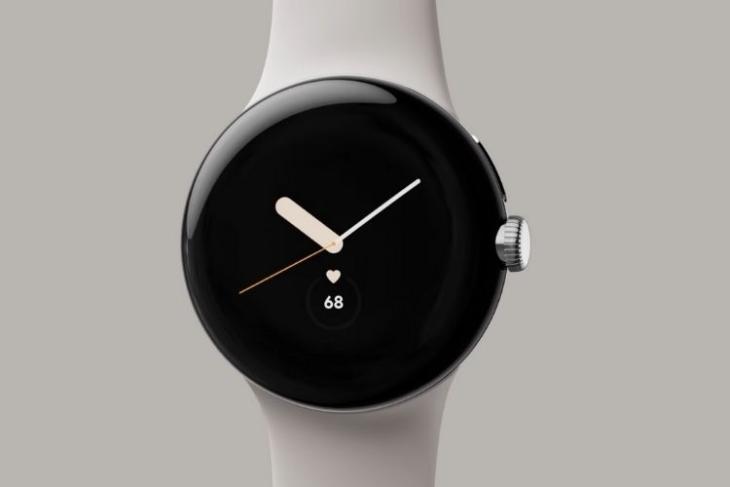 While Google confirmed the launch of its much-anticipated Pixel Watch at its recent I/O 2022, the tech giant did not reveal the specs of the smartwatch at the event. As a result, we have seen several reports speculating on the internals of the upcoming smartwatch from Google. Now, a new detail regarding the Pixel Watch has surfaced, which confirms USB-C charging support for the Google watch. Check out the details below.

A recent report by 9to5Google, citing official FCC filings by Google, suggests that the Pixel Watch will come with a USB-C-based magnetic charging adapter in the box. The report mentions that the FCC filings appeared on May 11, the same day Google held its I/O 2022 event, and revealed that the Pixel Watch will come in both Wi-Fi-only and Wi-Fi + LTE models.

An additional FCC ID (G943M) of the Pixel Watch also revealed that Compal Electronics will be responsible for manufacturing the charging unit of the smartwatch. For those who don’t know, it is one of the manufacturers of the Apple Watch. According to the report, the charging adapter would be a standard magnetic puck. However, it is said to be backed by a USB-C cable.

This should come as a welcome change for users and Google could very well use it as a key marketing feature for the Pixel Watch upon launch. In contrast, other smartwatches like Samsung’s Galaxy Watch 4 or Fitbit’s Sense and Versa 3 come with a USB-A-backed charging unit. The report also suggests that Pixel 5 or above users should be able to charge the Pixel Watch with Battery Share as well as directly via the smartphone’s USB-C port.

Meanwhile, other rumors about the Pixel Watch reveal that it will pack two processing units, 32GB of onboard storage, and 2GB of RAM. It is also expected to come with features like sleep tracking, continuous heart-rate tracking, fitness tracking, and calculation of active-zone minutes.

Although Google has not provided an exact launch date for the Pixel Watch yet, the device is confirmed to land this fall, alongside Google’s next-gen flagship Pixel 7 series. So stay tuned for more updates, and let us know your thoughts on USB-C charging for Pixel Watch in the comments below.

Google Has No Plans To Release Pixel Watch This Year