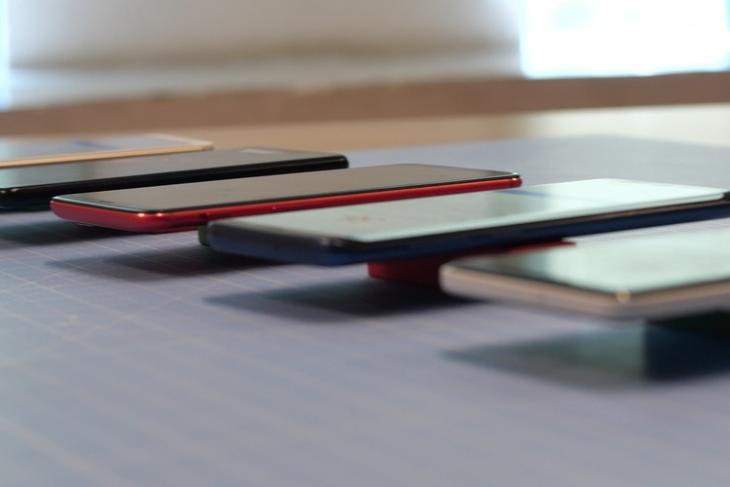 High-end wireless speakers can connect to multiple devices at once and be controlled by each device seamlessly. Some wireless audio systems also let you daisy-chain multiple speakers for the added oomph. And now Google is working on a way to combine these two aspects and create a unified multi-speaker setup for smartphones.

Google has filed a patent for a mesh network based on smartphones, which will combine the audio output from multiple devices with one device controlling playback. The patent application filed with the United States Patent and Trademark Office (USPTO) is titled ‘Mesh Network of Nearby Mobile Devices as a Combined Speaker for Audio’, and explains how Google wants to turn casual listening into a more immersive experience.

Google’s patent application describes a system consisting of multiple smartphones and a master device, in which the smartphones will act as speakers to facilitate synced music playback on the whole mesh network. The master device will control the entire process, adding or removing multiple devices and handling playback. The patent defines the technology as ‘a mesh network of nearby mobile devices as a combined speaker system for audio’.

The master device will handle the synchronization process and transmit the necessary instructions to all the connected smartphones, complete with ‘playback timestamp relative to a clock time’, in order to start the synced music playback. When a smartphone is detected nearby, the master device will handle the network joining request sent by the new device, and once the request is processed and accepted, a confirmation message will be sent to the newly joined smartphone.

Aside from syncing music playback time, the master device will also receive sensor data recorded by all the smartphones in the network such as the microphone, GPS or barometric data to accordingly ‘determine the topology of the speaker mesh network’, and presumably send specific audio equalization instructions to the connected devices for improved sound quality and immersion.

While Google’s patent gives us the glimpses of a technology that will prove to be quite useful, we can never be sure when, or if, will this patent will evolve into a full-blown feature and released publicly. Having said that, this is one patent we wish Google brings to the market as soon as possible, because it sounds absolutely terrific.