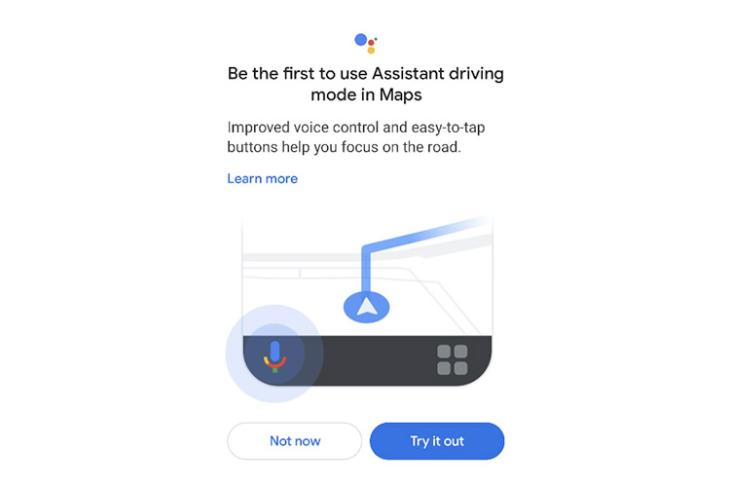 Google Maps has seen a bunch of updates over the last couple of months, but one of the features that we know the company is working on and have yet to see for ourselves is the Assistant Driving Mode. This feature, which was first announced way back at Google I/O 2019, is still missing in action. However, an APK teardown from XDA developers has shed more light on what’s going on with the driving mode, and other new updates that Google is working on for the ubiquitous mapping application.

For starters, the teardown revealed strings referring to a feature that will allow users to change the interface language in Google Maps. This is a feature that’s currently available in the web version of Google Maps, so it won’t be entirely surprising to see it make its way over to smartphones.

Other strings spotted in the code mention the Assistant Driving Mode itself, and the good folks over at XDA were able to extract screenshots of the new driving mode, or at least the onboarding process for it.

Once Google Assistant driving mode starts to properly roll out for users, this is what you'll see in Google Maps.https://t.co/wE9jba2vHw pic.twitter.com/yH6lTkmNWK

As you would expect, the new language changer, or the Assistant Driving Mode are still not live in Google Maps, and these observations were made based on an APK teardown of the Maps app. There’s no telling when or if these features will make their way into a production build of the Google Maps app, so stay tuned for more updates.