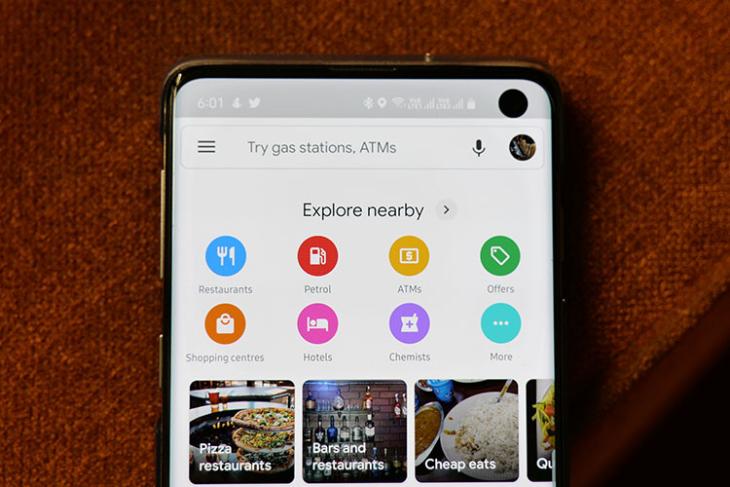 Google has today announced that it’s starting to show users discounts and offers from nearby restaurants inside the Maps app in India. The addition is one of three new features that Google is rolling out to Google Maps in the country.

The three new features in Maps are aimed at making it easier for users to find places to go to, book their tables, and check out offers and discounts. With the new update, users in India will see a new ‘Offers’ tab in the ‘Explore’ section inside Google Maps which will house discounts and offers from nearby restaurants. The Mountain View giant has partnered with New Delhi based startup EazyDiner to display offers from over 4,000 restaurants in Google Maps. 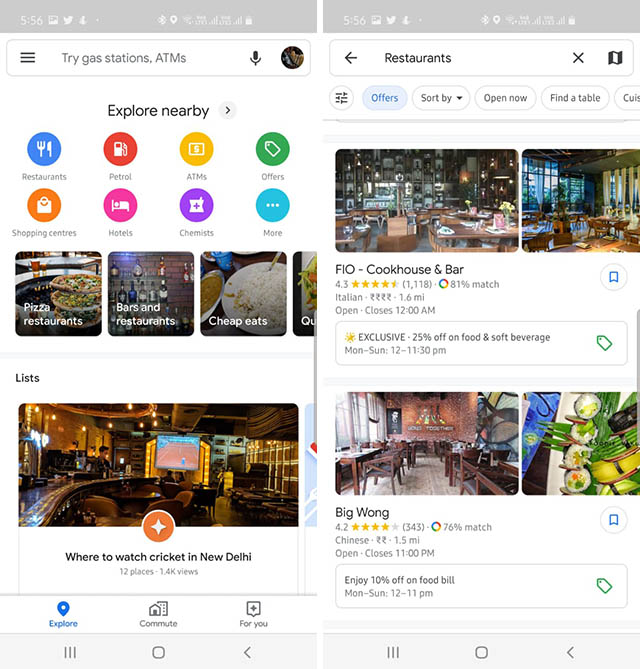 Moreover, with this partnership, Google is also bringing to users the ability to book tables at restaurants from within Google Maps directly without having to go to a separate app for getting a table reserved at the restaurant of their choice. Even though currently Google Maps is targeting restaurants, Google has said that it plans on inking more deals and bringing even more categories into Google Maps.

The Explore tab itself has also been revamped in order to “reflect the rich diversity of local neighborhoods and communities” said the company in a blog post.

There’s also a new ‘For You’ tab in Google Maps which brings custom-tailored suggestions based on the user’s past visits to other places. Within the For You tab, users will find Google-suggested places along with the ‘Your Match’ score displayed to give users an idea of how likely they are to enjoy visiting a place.

The feature is live now on Google Maps so update the app on your phone and get started with the best restaurant offers and suggestions from Google right within the Maps app.