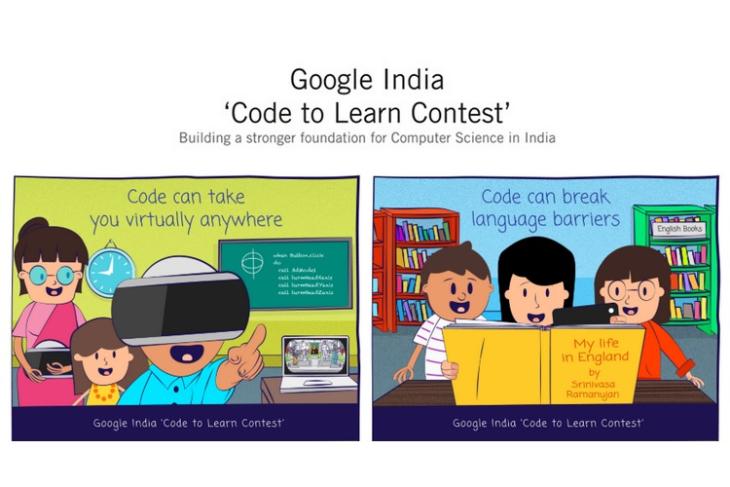 Google recently announced an initiative for Indian students called ‘Summer Camp With Google’, as part of which the company invited 100 students to its offices in India to give them a chance of experiencing the company’s rich work culture. In a bid to further boost its association with the young minds in the country and encourage computing skill development, Google has today announced the fifth edition of the ‘Code to Learn’ contest, which gives students a chance to exhibit their coding prowess.

The 2018 edition of the Code to Learn contest invites students to create a program using Scratch or App Inventor, which can be a game, a utilitarian app, animation, etc. that can truly stand out from others on various parameters.

The Code to Learn competition is a platform for students to learn the basics of coding and build a strong foundation in Computer Science.

The Code to Learn contest has been adopted by the Government of India’s Ministry of Human Resource Development under the aegis of the Rashtriya Avishkar Abhiyan, and this year, it is being organized jointly by the ACM (Association for Computing Machinery), a worldwide society which promotes scientific and educational computing, and IIIT Delhi, a research-oriented university based in the national capital.

Registrations for Google’s Code to Learn contest are now live and will be open until August 31, 2018. Students in Class 5-10 across the nation can register for the contest and submit their projects until the deadline on the official contest website. All entries will be judged by a panel of experts who will shortlist 20 entries, out of which, five will be chosen as the winners.

The contest will accept submission in three categories- Category I (Class 5-6), Category II (Class 7-8) and Category III (Class 9-10). In addition to rewarding the winning entries, Google will also conduct training programs for teachers who can further polish their skills and teach coding in a more engaging manner so that it generates greater enthusiasm among students for programming and computer science.