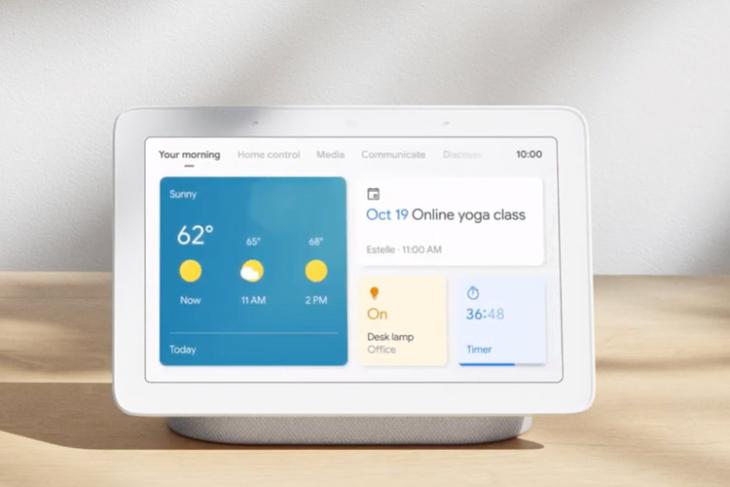 The home screen is getting a big visual change, and will now change according to the time of the day. So, in the mornings you’ll see the “Your Morning” card with important information that Google thinks you may need to know first thing in the morning. At other times in the day, you will see things like “Your afternoon” and “Your evening” along with tappable or glanceable tiles for things like playing music, and other recommendations.

A new Media page, accessible from the tabs at the top of the screen, will handily suggest podcasts, music, and videos from services like Disney+ and Netflix for all your entertainment related needs. Similarly, a dedicated Home Control page will let you easily control all your smart home devices.

Apart from all that, Google is also making its smart displays more useful for productivity. After bringing its in-house services such as Meet and Duo to its smart displays, Google has today announced that it is adding Zoom support to smart displays. It will be accessible from the new ‘Communicate’ page in the smart display UI where you can also access other features such as broadcasting messages and more.

The new interface will begin rolling out this week to Google’s smart displays, and should reach all devices in a week or two, hopefully.