Wearable(s) are the new thing in the mobile industry right now. Almost every manufacturer is either working on or have launched a wearable device. There are smartwatches, then there’s the Google Glass and Samsung is rumored to be working on Gear VR, a virtual reality headset but here comes the unexpected. Ducere Technologies, an Indian startup has announced a new Smartshoe. Yes, you heard that right, a smartshoe dubbed the Lechal shoe. 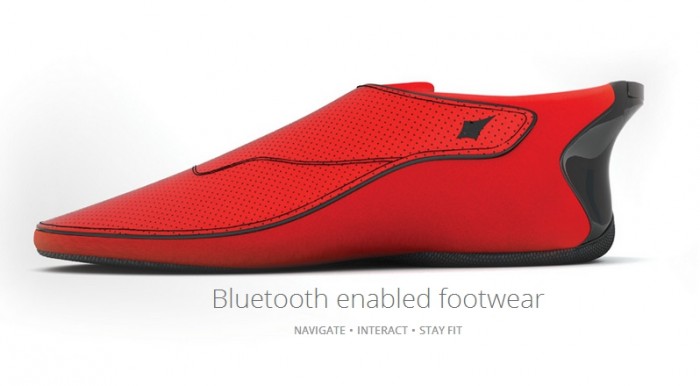 The Lechal shoes will be Bluetooth enabled and it will pair up with a smartphone. The company will also launch a companion app for the shoe, which will use Google Maps to let you navigate with the smartshoe. The shoe will vibrate to notify users when and where to turn. You will need to use the smartphone app to set your destination and there’ll be a buzzing in your left or right shoe to let you know the right direction. The Lechal smartshoe will be compatible with Android, iOS and Windows Phone. Sounds pretty cool, eh?

Check out this video for having a better idea of the product.

Ducere Technologies was started in 2011 by two engineers, who have previously worked and studied in the US. The company now has 50 employees and are based in the Secunderabad in the Telangana. Krispian Lawrence, CEO and co-founder of the company said, “The shoes are a natural extension of the human body. You will leave your house without your watch or wristband, but you will never leave your house without your shoes.” Lawrence previously worked as a US patent prosecutor and he used the experience to attain  24 international and Indian patents for the Lechal smartshoe.

The company had originally devised these shoes to help the visually impaired but while testing, the company realized that these shoes might come in handy for the sighted as well. Joggers, travelers and mountain bikers can just set their destination on their smartphone and then rely on the shoe to guide them.

The name Lechal shoes was derived from the Hindi phrase ‘Le chal’, which means ‘take me along’. 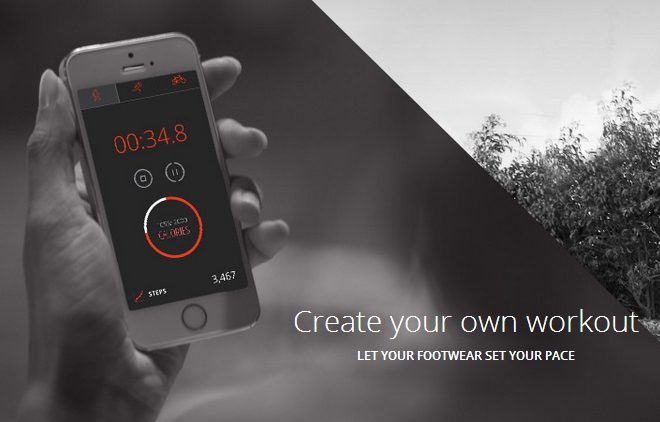 Along with navigation, the smartshoe will come with fitness based features. You will be able to set your goals, count your steps and track calories burnt. There will also be ability to share fitness milestones. “The shoes can be used as a more accurate way to record distance traveled and calories burnt.” The companion app will also feature unique gestures for unique features and you’ll be able to move around the app with the use of just two buttons.

That’s not all. The Lechal shoes will notify you when your phone’s not in close proximity. The app will also notify you of places that might interest you near your location. There will also be customization options, you can customize the vibration density of the shoe, notification alerts and more. 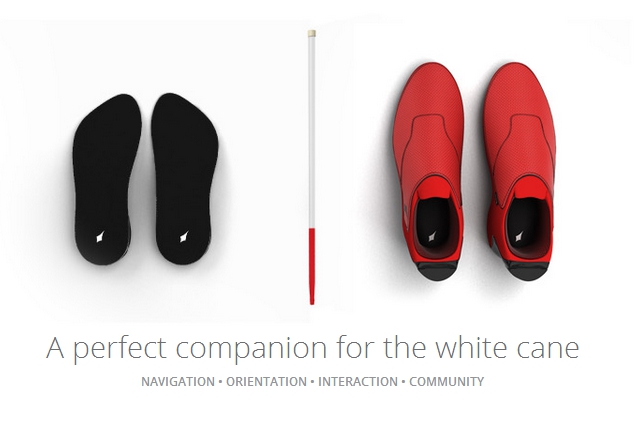 The Lechal shoes are expected to hit the Indian market starting September 2014 and the shoes with the removable insoles will cost between $100 and $150. While the shoe and the insoles have been designed by Ducere in India, they will be manufactured in China. The shoe will come in red and black. The company is also partnering with non-profit organisations and Eye institutes to get the Lechal shoes to the visually impaired at affordable prices.

The smartshoe is available for pre-order and you can get more details at the official website of the company.

While the Lechal shoes sound great for the visually impaired people, we are not too sure of its use to sighted people, considering Google Maps bring voice guided navigation. Well, we would surely like to give it a try though and you never know, it might be pretty handy.

Tell us, what you think of the Lechal smartshoe, as we love to hear from you.